Slate has a great piece out about why you shouldn’t count Elizabeth Warren out:

Her careful, defensive debate performances and introduction of a hedged phase-in M4A plan succeeded only in helping other candidates. Sanders got a bump among voters who aren’t worried about how polarizing his agenda may be. On the other end, Pete Buttigieg—who’d done a full heel turn away from his own support of Medicare for All to describe it as an attack on freedom—and Amy Klobuchar picked up Warren supporters with messages of inclusion and compromise that were as much responses to Warren’s popularity (especially in Buttigieg’s case) as they were authentic original positions. Michael Bloomberg swept into the picture on a wave of money, voter panic, and the perception that an omni-capable no-nonsense persona would provide the best possible contrast with Trump.

Then, in Las Vegas, Warren showed everyone what being capable and nonsense-averse can look like in the heat of a campaign. It was probably the best single performance by any candidate in any of the 11,000 debates that have been held, and in another indication of her campaign’s solid fundamentals, it helped her raise nearly $3 million from small donors in a day. But she lost Nevada badly, got nowhere in South Carolina, and is fourth in national polls. There’s a clear front-runner (Sanders) and a clear challenger (Biden). So the morning before Super Tuesday, the take writers assume that it’s too late to bother voting for her. Her time has passed. Right?

Or maybe it’s just time to ask this: Which Democrat would one most want as president making decisions about, let’s say, how to handle a viral pandemic? The 78-year-old to whom the big picture is more important than the details, or the 77-year-old who literally cannot remember details any longer? Or the person whose entire thing is being prepared to handle complicated problems?

Maybe you think Bernie Sanders’ broad message and proven power to inspire young voters are what the next president most needs to guide the nation with confidence into a more humane future. Maybe you sincerely believe Joe Biden’s commitment to positivity and his long-standing institutional connections are essential to stabilize and rebuild a collapsing political system. Great! Those aren’t terrible reasons to make your choice, all things considered, if you want to choose those particular people. But if you believe Warren would do the best job of leading the country through its multiple interlocking crises, you still have the chance to give her that job.

Don’t end up like this guy whom Slate’s Jeremy Stahl interviewed in Nevada:

Gustav Lukban and Carmelita Lukban, who sat in the back of the five-sixths empty outdoor amphitheater, both had already caucused early. They had voted for Buttigieg, with Warren as their second choice. “It was pretty close,” Gustav said. “I kind of second-guessed myself after I went with Pete. I was thinking, ‘Warren really was my first choice,’ but at the last minute I switched.”

Gustav Lukban voted for a candidate who dropped out before 96 percent of the votes were counted because he’d become convinced that that candidate was more likely to win than the one he wished would win. That is a self-checkmate. Gustav Lukban played himself.

Don’t play yourself! If other people don’t like the candidate you like, let them vote that way on their own time. It’s still too early to give anyone else control over your vote. Aspire to full participation in a political system where whatever the most people ask for is what they get. A democracy, if you will. Will you?

Don’t let anyone talk you out of voting for Warren. No one is entitled to this nomination. Not Biden or Sanders or Warren. Voting for Warren is a voting with both your heart and your brain. Do the right thing tomorrow in the voting booth if you live in a Super Tuesday state. And if you want to do more than just vote, here’s what you can do: 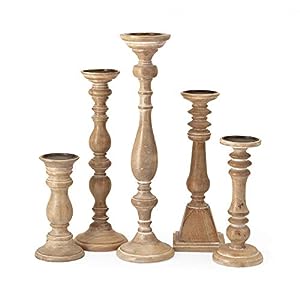