Ed Scarce over at Crooks and Liars has a disturbing piece up about anti-lockdown protesters in Long Island, New York threatening a reporter who was wearing a mask and covering their protest.  The reporter is Ken Vesey of News 12.  Vesey has video of the incident, and the cops were there telling the protesters to maintain social distancing.  But the protesters turned and essentially chased Vesey away.  This was bound to happen.  My simple solution to the Media is this:  stop covering these shitty little protests.

How often in the past did the Media cover left wing or liberal protests?  I can tell you.  Very damn few.  To get Media coverage, there had to be violence from anarchists.  Otherwise, the Media would not be there.  Think about the hundreds of thousands of protesters who were against the Iraq War that W. started.  Those protesters got little to no air time.

But if you are WHITE right wing extremists, no matter how tiny the protest, the camera is going to be there.  Many of these anti-lockdown protests are in the hundreds not thousands.  But because the Media just LOVES to cover Trump supporters and other lunatics, reporters flock to these events like flies on shit.

But let’s face facts.  The Trump supporters HATE the Media.  And if the so called right wing nuts do not want you to cover their event, DON’T!  Here is what Vesey wrote about what happened:

Kevin Vesey, a reporter with News 12 Long Island, was surrounded by anti-lockdown protesters during a reopening rally in Commack yesterday. The protesters chanted “fake news is not essential” at him and flouted social distancing guidelines.

This marks the second reopening rally in the last two weeks to have taken place in Suffolk County, New York, on Jericho Turnpike. Yesterday, hundreds of people turned out for the event, organized by a pro-Trump group named the Setauket Patriots. The demonstration claimed to give a voice to those who are struggling financially under New York’s lockdown measures, in place due to the coronavirus pandemic. However, Vesey’s presence at the event was not welcomed.

“Why are you essential?” shouted one protester through a megaphone at Vesey before the reporter turned the camera on himself and said: “There’s clearly a lot of anger here today”. Vesey is wearing what appears to be a surgical face mask in one video and quickly becomes uncomfortable as protestors approach him.

“Can you please stay away from me sir,” said Vesey to another protestor. Police were present at the event and according to Vesey spoke to protesters about social distancing.
…
“You have people calling us murderers,” shouts one protester in the footage.

“You are the enemy of the people,” shouts another in the background.

“Nobody ever painted you as murderers,” Vesey responds.

“F**k you, you guys are f**king fake news,” said another protester.

“I’ll probably never forget what happened today,” wrote Vesey on his Twitter account later in the day. “I was insulted. I was berated. I was practically chased by people who refused to wear masks in the middle of a pandemic. All the while, I was there to tell THEIR story.”

Vesey went to kiss their asses and give them precious TV exposure, and they repaid him with insults and chased him away.  Yes, what they did was stupid in so many ways.  But what is even dumber is the Media’s love of Trump supporters and right wing lunacy. 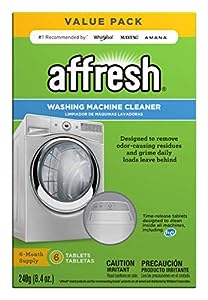