In the gallery above the House floor cheers of joy broke out as DREAMers and their supporters started chanting, “Si Se Puede, Si Se Puede!” (Yes, it can be done!) Democratic members of the U.S. House of Representatives turned and joined with the chants. The House had just passed H.R. 6, the American Dream and Promise Act of 2019 by a 237 to 187 vote.

All House Democrats (joined by 7 Republicans) supported this legislation to grant permanent legal status and a path to citizenship to DREAMers—undocumented immigrants who came to the U.S. as children. Now, we must force the Senate to act!

Call your Senators through the Capitol switchboard at (202) 224-3121. An operator will connect you directly with the Senate office you request. Once connected, ask to speak to or leave a message for the chief of staff. Tell them to demand that Senate Leader McConnell bring the bipartisan American Dream and Promise Act to the Senate floor for an up or down vote.

All the news isn’t so positive, however. NPR reported, “The Trump administration is canceling English classes, recreational activities, including soccer, and legal aid for unaccompanied migrant children who are staying in federally-contracted migrant shelters.”

What the Trumpublicans call “shelters” increasingly resemble internment camps. Children are suffering in custody every single day, and some are even dying! We have no time to waste.

Progressive Democrats of America has no illusions about our way forward. The fight continues! We support United We Dream and other advocacy groups in calling for the U.S. Senate to also pass TheAmerican Dream and Promise Act.

With Mitch McConnell’s obstructionist policies in the Senate and Trump already callously announcing he would veto any bill, we must continue the fight! The only answer is to pour on pressure, pressure, and more pressure.

Call your Senators at (202) 224-3121. Ask to speak to or leave a message for the chief of staff. Tell them to demand that Senate Leader McConnell bring the American Dream and Promise Act to the Senate floor for an up or down vote.

While the victory in the House is historic, let’s keep in mind that these victories are won only through sustained struggle. Immigrant youth, DREAMers, and their allies have been waging this battle for years. We’ve been planning, marching, organizing, protesting, and sharing stories with members of Congress for years.

That is why we won the vote on Tuesday, and that’s why—with your help—we will realize the Dream soon!

P.S. PDA is working on election integrity and ending voter suppression; ending poverty and homelessness; outreach to rural, urban, minority, and younger progressives; as well as organizing on college campuses—and much more! We can’t do anything without your strong support. 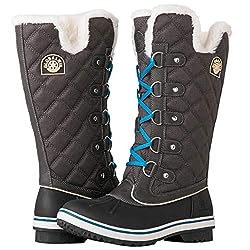