Answer: with no plans and no clue… Chad Wolf huffs and puffs, but blows an opportunity to not be be called a fascist tool for Trump. It is amateur hour with Trump trying anything to develop fear of something, something in the suburban and independent voters he needs for re-election. Deploying 75,000 feds for protection squad duty rather than COVID contact tracing, will doom Trump.

But oddly, Ken Cuccinelli thinks Portland Mayor Wheeler is a #Menshevik, making the protesters into Bolsheviks and law enforcement the socialists in that analogy.

Maybe Wheeler's a #Menshevik. But that's better than you. You're a #Nazi.

Neither have even been nominated for these jobs. Like other acting officials, they're accountable only to Trump

So, if we're talking about law and order, let's start here

Pretty obvious Portland was chosen to escalate photo-op repression because interracial violence is a key to re-election if only a mostly peaceful populace buys the lie.

in other words, they aren't there to calm things down

NEW: @SenJeffMerkley and I are calling on Congressional leaders to prohibit DHS and DOJ from using taxpayer dollars to infringe on AmericansÃ¢Â€Â™ constitutional rights. Congress must stop Donald Trump from deploying his fascist tactics around the country. This is the way to do it. pic.twitter.com/zIt3MWzDJi

#GestapoTrump thugs pepper spraying a nurse in scrubs at the Seattle protests is cowardly and grotesque.

These are our essential, front-line workers against COVID-19.

The crowd parts and cheers as the toughest people in Portland march into position.

Thanks for sharing our video, Nick! For those that donÃ¢Â€Â™t know, #DemCast is creating nationwide digital teams focused on 14 battleground states. Join a team here and help flip a state. LetÃ¢Â€Â™s win this! https://t.co/6RDn5LYl5N

a hurricane is on a collision course with a pandemic hot spot and our disinterested president is golfing. just another Saturday in hell

As Hurricane Hanna makes landfall, Jill and I are sending our prayers to the people of South Texas. We must ensure that affected residents get the support they need Ã¢Â€Â” and get it quickly. If you are in an impacted region, please heed the advice of local officials and seek shelter.

Trump down-ballot drag now so severe GOP incumbents are panicking that they will lose even to Dem newcomers few voters have heard of. https://t.co/FT6nExAja1 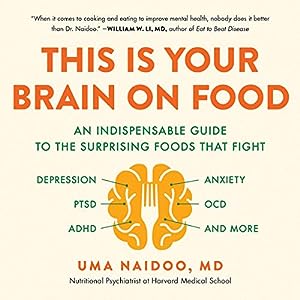