There's a whole lot going on every single day in this country. Robert Mueller's testimony in Congressional hearings, this administration's policy of intentional cruelty at the border, and the President's continued attempts to dismantle affordable health care, just to name a few things. It can be tough to figure out how to keep up with everything, let alone take action that moves us forward. But those aren't the only things happening. There are also moments, events, and people that inspire us and give us hope for the future.

One of the things I'm most inspired by right now is the amazing people who have stepped up to run for office across school districts and cities and states all around our country. These people are looking at all of the news and saying “enough is enough.” They're ready to get involved in their communities and find some solutions.

I want to tell you today about three of those inspiring people in my own community, Richmond:

Ghazala Hashmi, running for State Senate in District 10:
Dr. Ghazala Hashmi has been working for more than 25 years in Virginia’s college and university system. She came to the U.S. from India 50 years ago, and saw first-hand how important a strong community is in bringing people together. As an educator and the mom of daughters who were educated in Chesterfield County Public Schools, Ghazala is passionate about the way a strong public education system can open doors and improve lives, and her public service is rooted in integrity and social justice. If elected, Ghazala would be the first Muslim-American woman to serve in the Virginia State Senate. I'm so pleased to support her candidacy for State Senate, and I hope you'll join me. Make sure she's ready to win in November by making a donation to her campaign here.

Amanda Pohl, running for State Senate in District 11:
Amanda Pohl is a hospital chaplain, church deacon, adjunct professor of Social Work, nonprofit professional, and mom who's ready to fight for affordable and accessible health care, sustainable infrastructure, and equality for every Virginian. Amanda was the first in her family to graduate from a 4-year college — after spending her early years in subsidized housing — and has lived in Chesterfield with her husband and two daughters for more than 15 years. I know that she'll represent Virginia families with the same dedication, conscientiousness, and compassion that she's shown through her entire career, and I'm glad to support her run for State Senate. Please join me and chip in to her campaign here.

Debra Rodman, running for State Senate in District 12:
Debra Rodman is a member of the Virginia House of Delegates, a Fulbright scholar, a teacher, and a community advocate. As a State Delegate, Debra played a critical role in expanding Medicaid in the Commonwealth, bringing health care access to more than 400,000 Virginians. She serves on the Agriculture Committee, where she pushes for adopting cleaner energy sources and fights for clean air and water. She's also a believer in lifting up public schools, and delivered a 5% raise for Virginia public school teachers this year. Keeping her strong voice in the General Assembly will help Debra continue to do good for Virginians, and I hope you'll join this fight by contributing to her campaign.

Thanks for taking the time to read about these candidates. I hope you feel as inspired as I do by their hard work and commitment to public service. There are less than 100 days until the November election, which means NOW is the time to jump in and support our great Democrats who are running tough races.

I appreciate your continued support, 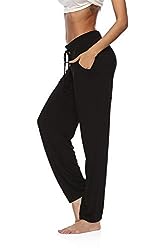