Sen. Angus King, I-Maine, told NPR's Mary Louise Kelly on Monday that up to 10 Republican senators could vote for witnesses following the Times' report about the Bolton manuscript.

“I'm already hearing a number of Republicans who are moving toward voting to at least hear from John Bolton, if not other witnesses,” he said. When asked if four Republicans would vote for witnesses, he said: “I think there'll be more. My bold prediction will be five or 10.”

The Washington Post picked a bit more of the interview:

“I mean, it’s one thing to say, ‘We don’t know what he’s going to say, we don’t really need to hear from him,’” King said. “But if there’s some indication — and that’s as strong as I’ll put it at this point — there’s some indication that he has information that bears directly on the heart of the case, to willfully say, ‘We don’t want to hear that.’ To me, basically just undermines the idea that this is a real trial.”

Romney will certainly vote to hear witnesses, especially if he’s not the only one; he owns his seat as long as he wants it, so there’s nothing Trump can threaten him with. Collins, as always, has her finger in the wind (and her nose in the air), but if she sees the wind shifting to the point where her vote isn’t the deciding one, she will probably vote for witnesses and tell Trump and McConnell that she had to in order to help her re-election. (It probably won’t, but let her think so.) Also, she’s the other Maine senator, so it’s very likely she and King have been talking.

I can see Alexander going for it as he’s retiring, maybe Gardner since he is in trouble in Colorado. I am really not sure how King gets to 10, but he’s talking to both sides and may be hearing things.

Or he may be saying he’s hearing things so that GOP senators will sense a bandwagon and create one even if it isn’t there now. At the least, it does make things more interesting. 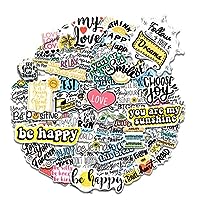