Don’t worry, folks! The coronavirus outbreak may be looking worse and worse — and the markets are sagging like Donald Trump’s jowls at that weird-as-F presser yesterday — but it’s going to be just fine. I’m 100 percent confident Trump is diligently working on a way to blame this whole thing on Obama.

You know it’s coming, right? Right? I’m surprised they haven’t already sent Rudy Giuliani to Kenya to see if he can somehow trace the virus back to Obama’s placenta.

But if tweets like this are any indication, Trump’s blame-it-on-someone-else pandemic strategy won’t work as planned. Today, Connecticut Sen. Chris Murphy pointed out an element of Trump’s corona-incompetence that’s arguably been underplayed:

President Obama set up anti-pandemic programs in 47 vulnerable countries, as a way to protect against something just like Coronavirus breaking out across the world.

Here’s what he’s talking about, via a February 2018 story in The Washington Post:

Four years after the United States pledged to help the world fight infectious-disease epidemics such as Ebola, the Centers for Disease Control and Prevention is dramatically downsizing its epidemic prevention activities in 39 out of 49 countries because money is running out, U.S. government officials said.

The CDC programs, part of a global health security initiative, train front-line workers in outbreak detection and work to strengthen laboratory and emergency response systems in countries where disease risks are greatest. The goal is to stop future outbreaks at their source.

Among the countries where the CDC was scaling back operations, according to this story, was checks notes  oh, here it is: China!

Yes, we have the worst imaginable president for a situation like this. It was bad enough that Trump showed up at that press conference yesterday looking like a 6-year-old boy who was being forced to apologize to his grandma for farting on her cat. Now he’s handed off responsibility to Mike “They Blinded Me With Science” Pence, and he’s downplaying the dangers at every turn.

Wash your hands, folks. We may, at long last, be on our own. 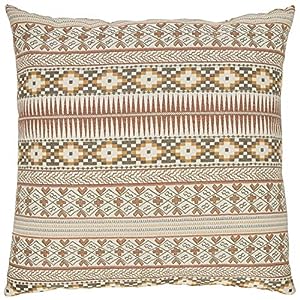