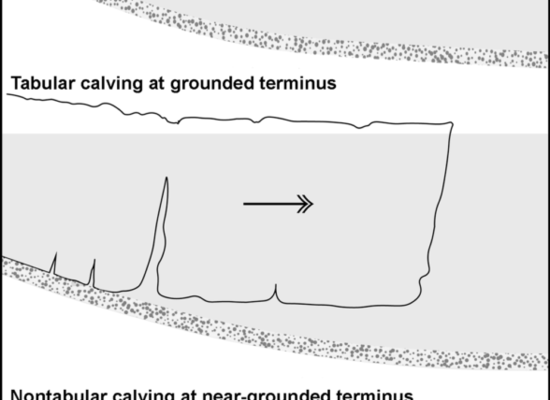 The most menacing glacier for coastal regions worldwide is the Thwaites glacier, aka the doomsday glacier, located in the active climate tipping point region of West Antarctica.

Recently a new study found that Thwaites glacier’s marine extension’s underbelly is melting on all sides by warming ocean water. Researchers found that “the main surprise this year came from radar data detailing the structure of the ice shelf. Thwaites’s underbelly is a landscape unto itself, complete with channels, ridges, and cliffs, all crafted by warm currents, she says. “It’s not just a flat sheet of ice that is melting uniformly. It’s more complex than we thought.” Ocean upwelling has been a worry for some time, not only at Thwaites but at most of the ice shelves in West Antarctica.

Now another study has found that icequakes are rocking the degrading ice at Thwaites. This new phenomenon is grim news as a Thwaites collapse could lead to two feet of sea-level rise and, scientists say a Thwaites collapse will take the rest of Antarctica with it.

Katherine Kornei writes in Earth and Space Science News about a newly identified threat that is specific to the disintegrating glacier.

Icebergs calve off glaciers all the time. But most don’t pitch backward, capsize, and send seismic waves radiating out for thousands of kilometers.

New research reports that such “glacial earthquakes” have now been detected for the first time on Antarctica’s Thwaites Glacier. These observations confirm that Thwaites’s floating ice shelf is degrading. That’s bad news, scientists agree, because the glacier helps hold back the West Antarctic Ice Sheet from flowing into the sea.

It regularly sheds icebergs hundreds of meters on a side into the Amundsen Sea, but some of these chunks of ice aren’t just drifting away, said J. Paul Winberry, a geophysicist at Central Washington University in Ellensburg who led the new study. Thanks to their shape, they’re capsizing. “They’re taller than they are wide. They’re top-heavy, and they want to flip over,” said Winberry.

Over several tens of seconds, these icebergs roll backward and collide with the new edge of Thwaites. “They bang the front of the glacier,” said Winberry.

Those collisions launch seismic waves that can be picked up by detectors hundreds and even thousands of kilometers away. Last year, Winberry was combing through seismic data and serendipitously discovered two of these collisions. “We got really lucky,” said Winberry.

But Antarctic glaciers tend to have floating ice shelves, so their iceberg progeny are typically wider than they are tall and, accordingly, don’t produce glacial earthquakes. Thwaites appears to be an anomaly.

The video is for comparison purposes. Imagine the city-sized icebergs of Antarctica rolling back onto Thwaites. A rolling iceberg at Illussiat, Greenland.

(51660)
$17.62 (as of May 22, 2022 03:04 GMT -04:00 - More infoProduct prices and availability are accurate as of the date/time indicated and are subject to change. Any price and availability information displayed on [relevant Amazon Site(s), as applicable] at the time of purchase will apply to the purchase of this product.)