The ABC News/Washington Post Poll, rated A+, has Joe Biden leading Trump 54% to 45% in the critical state of Pennsylvania. Monday afternoon, the NYT/Siena College Poll, also rated A+ by 538, gave Biden a margin of 49% to 40%. A third poll by Fox News published September 24, rated A-, gave Biden a lead of 51% to 44% in the state.

In the ABC News Poll:

Overwhelming support in Philadelphia and its suburbs lift Joe Biden to a clear lead in crucial Pennsylvania, with backing from college-educated whites and women – notably white, moderate and suburban women – central to his advantage in a new ABC News/Washington Post poll. Donald Trump, for his part, is suffering attrition among his 2016 supporters; 8 percent of  back Biden instead. While a small slice of electorate, it’s a potentially important factor in a state Trump won by 44,292 votes out of nearly 6.2 million cast four years ago.

While college educated white voters in Pennsylvania split evenly 48% to 48% in 2016 between Trump and Clinton, the ABC News poll shows them favoring Biden by 61% to 38%.

Trump won the state four years ago with a margin of 0.74% though it had voted for the Democratic candidate six times in a row previously.

Trump and Biden run approximately evenly in trust to handle two of these (issues), the economy (49-48 percent, Trump-Biden) and crime and safety (50-47 percent, Biden-Trump). It’s Biden +9 points on the next Supreme Court appointment, +14 points on handling the pandemic, +17 points on health care and +20 points in trust to handle equal treatment of racial groups.

The poll was taken September 21-26 from 567 likely voters. With that small a sample the margin of error is 5%.

It might seem odd for a landslide and a competitive race to seem so realistic. But consider this: Mr. Biden is closer in our poll average to winning Texas, which would get him over 400 electoral votes, than President Trump is to winning in traditional battleground states like Pennsylvania and Nevada. 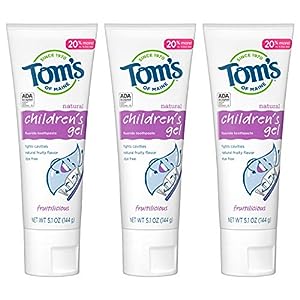