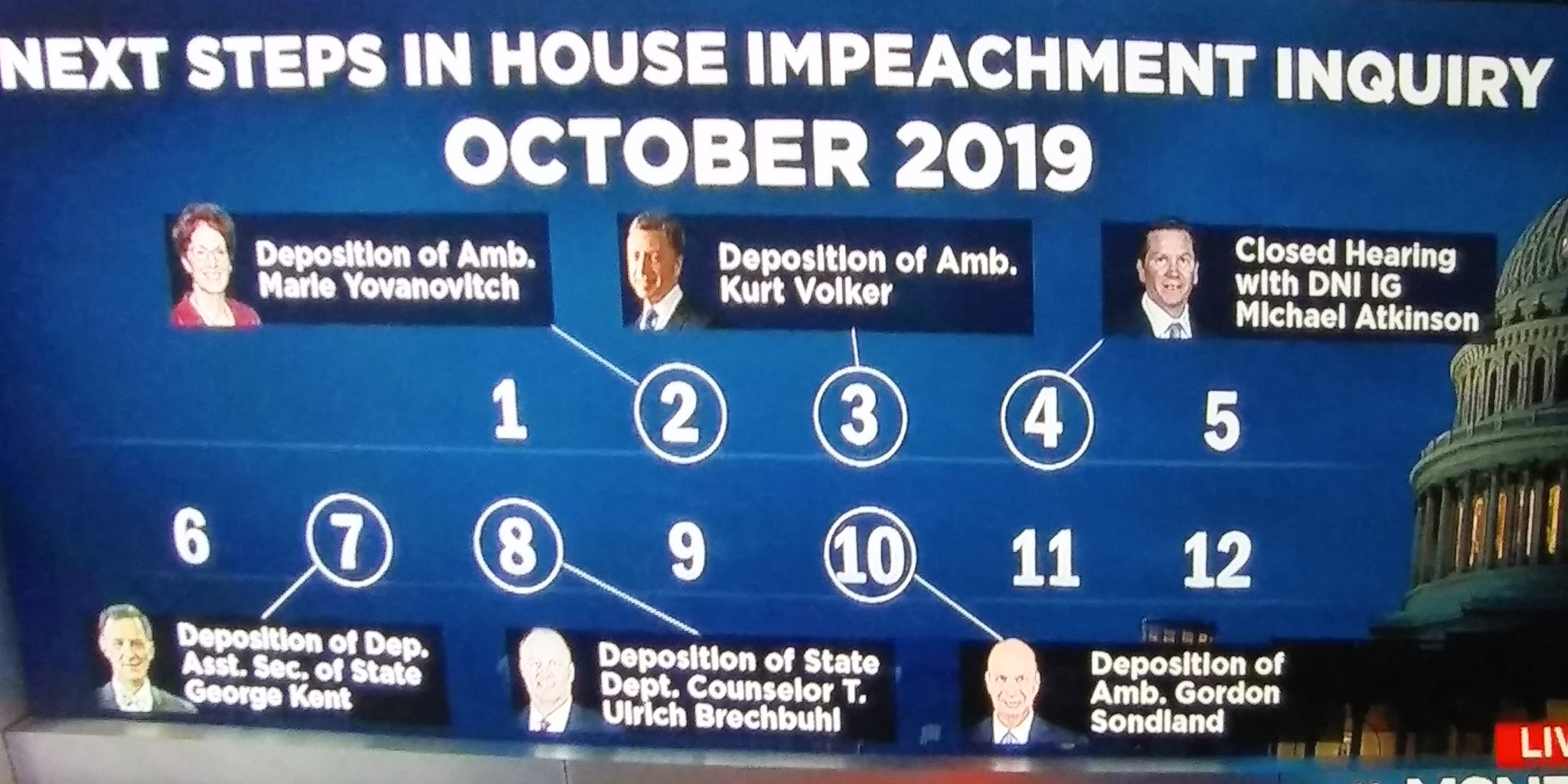 Just in: Sebastian Gorka is traveling with @SecPompeo to Europe, @Abs_NBC reports. He was seen getting into a State Department van headed to Joint Base Andrews for departure— Josh Lederman (@JoshNBCNews) September 30, 2019

Last week, Gorka tweeted that Greta Thunberg seemed like a Ã¢Â€Âœvictim of a Maoist Ã¢Â€Â˜re-educationÃ¢Â€Â™ campÃ¢Â€Â and Ã¢Â€Âœthe adults who brainwashed this autist child should be brought up on child abuse charges.Ã¢Â€Â
ThatÃ¢Â€Â™s the guy heading abroad with the American state dept right now. https://t.co/B0s2PQ8gId

How on earth could @SecPompeo think that this was a good idea? He's a smart man. I just don't get it. (Did Trump order him to take Gorka along?) https://t.co/B5KKg957oj

Gosh, IÃ¢Â€Â™m trying to figure out why #Pompeo completely dodged @johnrobertsFoxÃ¢Â€Â™s question a couple weeks ago:

whether there was link between suspending aid to Ukraine and requesting Biden investigation.

Ã¢Â€ÂœAttorney General William Barr and Secretary of State Mike Pompeo are also at the center of this growing pile of criminal behavior.Ã¢Â€Â

Trump, Barr And Pompeo Have Been Secretly Orchestrating A Massive International Conspiracy https://t.co/7xTUifiZf3 via @politicususa

Omg they are trying to track down a super secret plot from the time of Da Vinci and Michelangelo to work w Joe Biden to frame the 45th US President and they will threaten to remain in beautiful Italy unless the Italian Govt and Vatican turn over their files. https://t.co/0QR5Z7SESg

Seb Gorka — traveling on the taxpayers dime, one assumes — is presently fluffing Mike Pompeo's pillows at the Hassler Hotel in Rome and preparing to provide fish oil massages to the locals. pic.twitter.com/c3dbjeLY7u