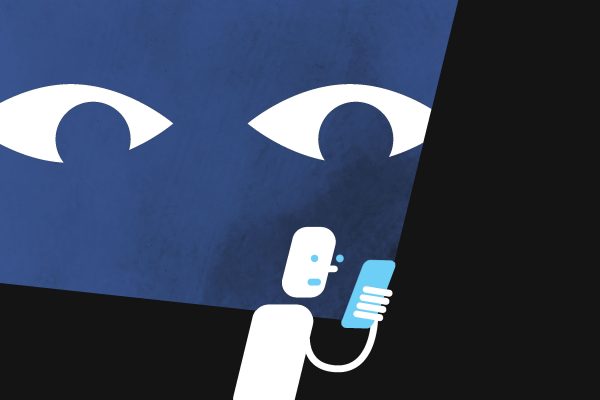 Another election day in Michigan fades from memory and people are either celebrating or trying to figure out what went wrong. In Baldwin, Michigan, dismally low voter turnout sank yet another millage vote for an aging school building with a leaky roof and crumbling infrastructure that would be cheaper to replace than repair. Baldwin Community Schools once again put up a proposal for the voters in the district, and by only a few votes, it was defeated.

Social media drives so much of how people are informed about anything it’s become a source of information for the actual media. People living in Lake County, Michigan, are no different, and use social media like Facebook to chat about issues in the area and also inform people about upcoming events, and advertise goods and services of local businesses.

Thanks to the nature of social media it allows anyone to create as many accounts as they can manage and be anyone they want to be online. In the case of one particular troll who enjoys posting on Facebook groups dedicated to Lake County, Michigan, during elections where a millage or bond proposal hangs in the balance, the online presence and posting are guaranteed to appear just before the election and disappear once the bond or millage is defeated. For Baldwin Community Schools, the troll’s name is John Murphy, or Steve Mallery, and possibly even other names.

Steve Mallery’s presence became a daily occurrence in mid-October, just in time for the school districts to inform people about the upcoming bond proposal and encourage people to vote yes. Baldwin Community Schools desperately needs new facilities. “Steve” lamented about how he, a poor retired man living in the district, would be burdened with more taxes he couldn’t afford to pay on his fixed income. He claimed to have inside knowledge about how BCS handles funds from his days as a substitute teacher. He claimed he had a child graduate from BCS. He claimed there was rampant corruption in the district being mishandled by administration.  He even went to far as to claim the district bought teachers new cars with millage money instead of spending it on what they said they needed the money for. Every claim Steve Mallery made was a complete lie.

That didn’t stop others from jumping on his bandwagon however and also claiming there was corruption and mismanagement of funding. Another vocal opponent who also disappeared shortly after the bond election was defeated claimed they had been on the school board decades ago so they just knew Mallery was right. Of course, they had never actually seen any corruption and hadn’t bothered to do any research to prove they were right, but they believed it was happening and that was enough for them to vote no.

Mallery suggested the best solution was to close the problem of school building down and bus those students to another school district. That, or everyone who wanted to vote yes needed to donate money to the school. The parents of the children attending the school should also be the ones to foot the bill, not people like him, who had no children attending BCS.

Once the BCS proposal was defeated Steve Mallery and his friends went silent. You would think after a successful campaign to convince people to vote against the BCS millage they would be celebrating.

Some people grew suspicious and began looking into Steve Mallery’s activities on Facebook. When they clicked on his account, they found this:

He’s nobody. This is a fake account on Facebook. The family photo came from this photography studio in Pennsylvania. As for the background image, pretty waterfalls, but you won’t find those anywhere near Irons, Michigan.

Steve Mallery/Jacob Sullivan realized people figured out what happened because this happened in a matter of minutes:

You can even see that Jacob Sullivan, who used to be Steve Mallery, is an admin.

This reminded people of a similar situation last year when BCS had a bond proposal and someone named John Murphy was the loudest fingers in the group complaining about his taxes going up and how he couldn’t afford it. When another member of the Facebook group pointed out his profile photo was a stock image, he promptly disappeared. It didn’t matter, because the damage was already done. That bond proposal for Baldwin Community Schools was also defeated.

It’s obvious Catherine Sweeney read Mallery’s posts on Facebook and decided he would be a good person to quote for her article. How did she verify he was a real person?

Baldwin Community Schools’ most recent bond proposal was defeated. This means they do not have the funds they need to even repair their 60-year-old school building that desperately needs attention. Next time Facebook group admins need to be more alert to the comments and posts on their groups when the next incarnation of John Murphy/Steve Mallery/Jacob Sullivan pops up to begin his campaign of lies once again in Baldwin, Michigan.