Sen. Lindsey Graham (R-S.C.) is facing a tighter-than-expected re-election race this fall, according to Morning Consult polling, driven largely by the reticence of some Republican voters to commit to supporting him.

But strategists in the state on both sides of the aisle expect conservatives will fall in line for the three-term incumbent and Senate Judiciary Committee chairman as he prepares to play a pivotal role in advancing President Donald Trump’s nominee to replace the late Supreme Court Justice Ruth Bader Ginsburg.

Graham has been polling neck and neck with his Democratic rival, Jaime Harrison, in a state otherwise viewed as solidly red. In the latest Morning Consult daily tracking, conducted Sept. 11-20 among 764 likely South Carolina voters, the race was statistically tied, 46 percent to 45 percent, consistent with the state of the contest since daily tracking began in mid-July. Harrison and Democratic presidential nominee Joe Biden both have 95 percent support among Democrats, while independents are split on the two races: Harrison and Graham are even at 39 percent, and Trump’s lead over Biden, 44 percent to 40 percent, in the presidential race is also within the sample’s margin of error.

Graham’s weakness compared to Trump in South Carolina polling has so far appeared to come mainly from Republican voters: While Trump has support from 93 percent of Republicans, Graham has support from 84 percent in the same poll — making him one of the worst-performing GOP incumbents up for re-election this cycle among voters from his own party.

It’s pathetic that Graham even needs this to be the thing that saves. His race has been downgraded but Harrison still has a path:

Sabato’s shift also follows a shift from Inside Elections of the race from “likely Republican” to “lean Republican.”

“It seems reasonable that Harrison could end up carrying Cunningham’s district, perhaps comfortably, and coming close in Wilson’s — this may be enough to give him a path to victory,” Kondick and Coleman wrote. “With that in mind, we’re moving the race from likely Republican to leans Republican, although remember that a leans Republican rating still means we see Graham as a favorite.”

Let’s help Harrison get ready to take down the hypocritical two-faced coward. Click below to donate and get involved with Harrison, Biden, and their fellow South Carolina Democrats campaigns: 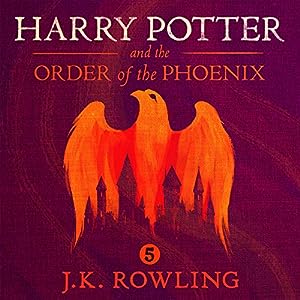