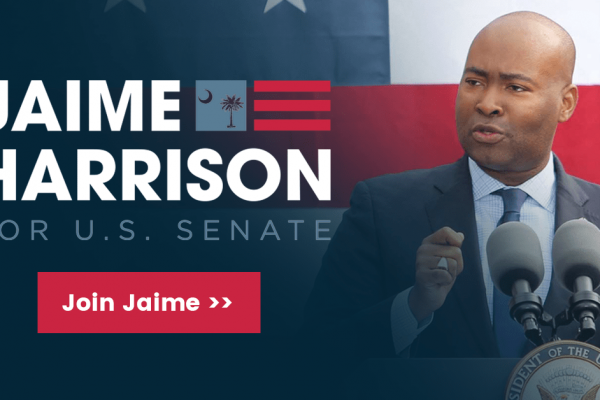 Here’s the latest news out of South Carolina:

South Carolina Democrat Jaime Harrison on Monday announced that he raised more than $3.5 million in the last three months as he campaigns to unseat Republican Sen. Lindsey Graham.

Harrison faces a tough challenge against the three-term senator, but the Democrat’s campaign is touting the fourth quarter fundraising as the most any South Carolina Democratic challenger has raised in the state’s history.

Harrison received donations from voters in each of South Carolina’s 46 counties, the campaign said. The $3.5 million was raised from more than 112,000 total contributions, with the average donation being about $27.

Harrison is starting 2020 with more than $4.6 million cash on hand.

“This campaign is about bringing hope back into the lives of the people of the Palmetto State and bringing a spirit of public service back to the Senate,” Harrison said in a statement.

“I am fighting to ensure every South Carolinian has access to good paying jobs and affordable quality healthcare. South Carolinians deserve a Senator in Washington that will stand up and fight for them. I am running to be the change our great state deserves.”

Harrison is a Democratic National Committee official and former chairman of the South Carolina Democratic Party. His campaign is backed by the Democratic Senatorial Campaign Committee.

Let’s keep up the momentum and defeat Graham once and for all. Click here to donate and get involved with Harrison’s campaign.

(32705)
$348.00 (as of May 16, 2022 03:53 GMT -04:00 - More infoProduct prices and availability are accurate as of the date/time indicated and are subject to change. Any price and availability information displayed on [relevant Amazon Site(s), as applicable] at the time of purchase will apply to the purchase of this product.)