The Yale-educated former aide to Rep. James Clyburn, Jaime Harrison, is challenging Senate Judiciary Committee Chairman Lindsey Graham for a US Senate seat in South Carolina. Harrison is a vocal supporter of cannabis legalization, and recently highlighted the disproportionate way that cannabis laws are enforced upon black communities.

Harrison raised more than $13.9 million in funding from April through June, breaking fundraising records. After outraising Graham in the first and second quarters of funding, Harrison’s war chest of money gives him a slight edge in his bid for sear, despite running in the consistently conservative state of South Carolina.

Harrison, 44, served as chair for the South Carolina Democratic Party—and used his time in that role to push cannabis laws. His proven record in promoting fair cannabis laws could weigh in on voters’ minds this election despite the uphill road ahead.

Here’s what Harrison said in his interview with CNBC earlier this week:

I think we should legalize, regulate and tax marijuana like we do alcohol and tobacco. There is simply no medical reason to lock people up over this issue. In essence, this is about common sense. However, it’s also about criminal justice. We know that marijuana arrests, including those for simple possession, account for a large number of drug arrests. The racial disparities in marijuana enforcement — black men and white men smoke marijuana the same rates, but black men are much more likely to be arrested for marijuana possession — is just unacceptable.

Marijuana Moment explains how a state like South Carolina has embraced steps to legalize marijuana thanks to Harrison’s influence as state party chairman. They also point out that Graham does have a mixed record on this issue but still opposes full legalization:

In 2015, Graham voted against an Appropriations Committee amendment that would have allowed the U.S. Department of Veterans Affairs to recommend medical cannabis to patients; but the next year he reversed himself and supported a similar measure. Also in 2016, he backed an amendment to prevent the Department of Justice from spending money to interfere with state medical cannabis laws.

Shortly after it was announced he would be taking over the Judiciary panel’s gavel, Sen. Cory Booker (D-NJ) joked that he would be sending marijuana-infused brownies to congratulate Graham, a quip that the incoming chairman seemed to appreciate.

While South Carolina typically isn’t seen as a state where Democrats are likely to pick up a U.S. Senate seat, this year’s contest between Harrison and Graham is attracting attention from national political observers due to the outsized funding haul the challenger has been able to bring in so far.

I think marijuana legalization is now, more than ever, a terrific issue to run on. It’s been proven that red states and blue states support it. Of course, Harrison also has other issues to run against Graham like health care:

Though Harrison had indicated potential support for Medicare-for-all in a 2019 tweet and ABC News interview, his campaign clarified that his preference is for a public option, which would leave private health insurance companies in tact while offering a government-run competitor.

They both express concern about prescription drug costs rising and rural hospitals in South Carolina shuttering, though they diverge on the causes, with Graham pointing to Obamacare and Harrison attributing it to the state’s decision not to expand Medicaid.

Harrison is critical of Graham’s leadership during the coronavirus pandemic, chiding him for changing his standards of a successful response. Graham’s campaign noted that he recently met with hospital administrators and frontline medical workers and has pushed to bring the medical supply chain from China to the U.S.

By the way, even Trump’s allies like Tucker Carlson and top Republicans think Graham’s master plan to bring back Robert Mueller to testify is a terrible idea:

“In a recent episode, Carlson decried how many GOP bigwigs, including some on-air at his own network, were so intensely focused on Russiagate at the expense of policies that could affect millions of Americans,” the Beast reports, quoting Carlson saying, “Who cares how many Benghazi hearings we have? We are supposed to care, but why should we? How did Peter Strzok’s text messages become more important than saving American jobs from foreign nationals who are taking them? It is lunacy! We fall for it every time.”

Add former Trump attorney John Dowd to the list of critics of the recalling of Mueller, saying he’s not sure Graham is up to the job of pressing the former special counsel.

“I don’t quite understand Sen. Graham… I’m never quite sure what he’s up to,” he told the Beast. “When he called [Rod] Rosenstein, he didn’t even ask him… ‘What was the factual basis to appoint a special counsel?’ So, I’m not sure how reliable any [hearing of his] would be…I’m not sure what he’s about. But I thought his examination of Rosenstein was poor.”

We need to hit Graham with everything if we are going to unseat him. Harrison has outraised Graham in fundraising again and we need to keep up that momentum. Click here to donate and get involved with Harrison’s campaign. 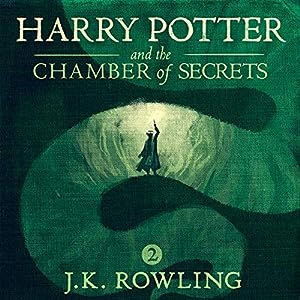