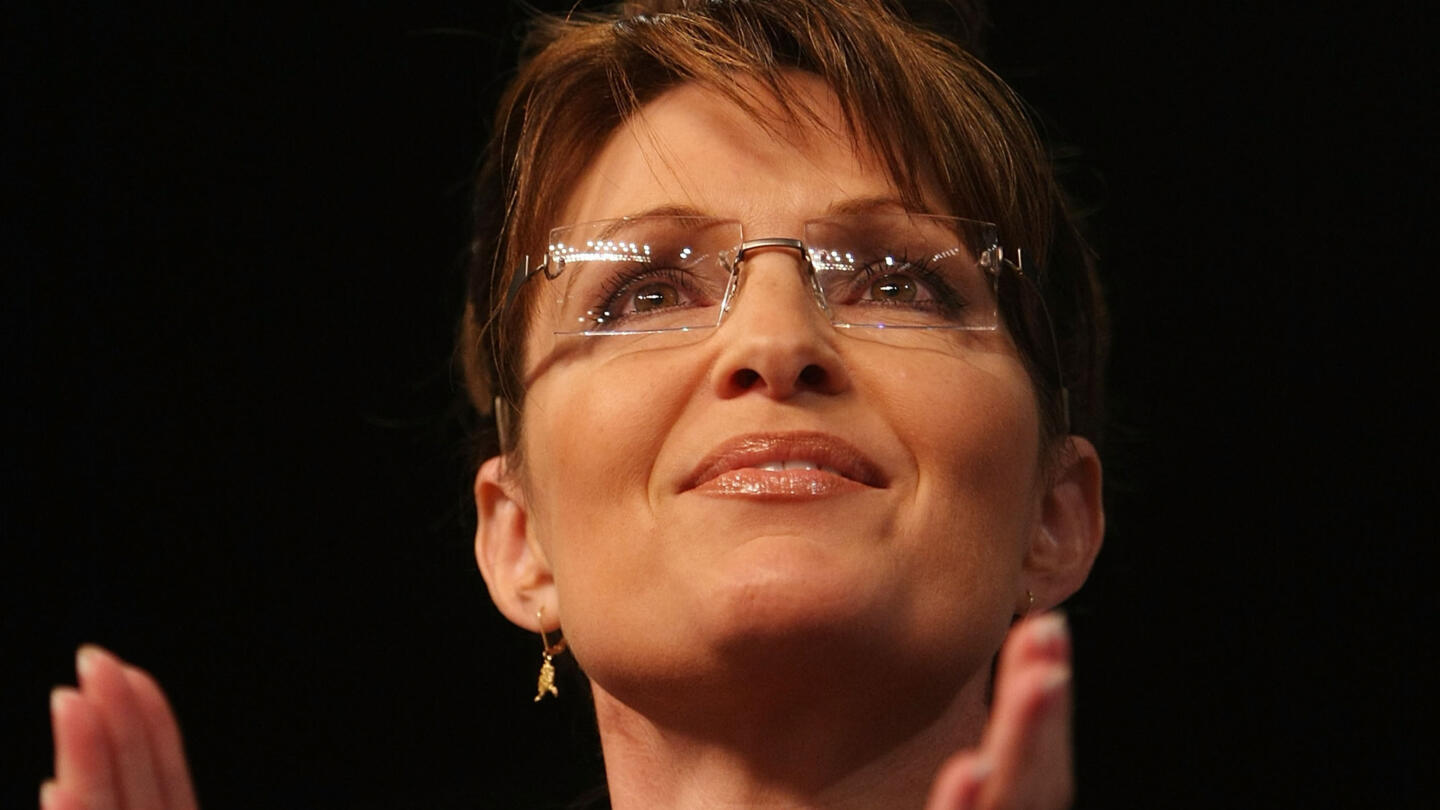 If you’re wondering when the Republican Party first took a hard right turn onto Loopy Lane, you need look no further than 2008, when a desperate Sen. John McCain, trying to distance himself from the noxious mound of still-moldering viscera that was the Bush II administration, tapped Alaska Gov. Sarah Palin in a bid to balance the Republican presidential ticket. And it worked! Whereas McCain was a relatively thoughtful elder statesman and war hero, Palin was a young, personable, rising GOP star who sounded like someone had swapped out her brain with a miniaturized Price Is Right Plinko machine.

And now she’s back, because ‘Merica!

Shortly after the recent death of Alaska Rep. Don Young—the state’s sole U.S. House member for a stunning 49 years—Palin hopped onto her wildlife-killin’ chopper and got in front of a camera.

Bottom line: The former Masked Singer contestant is considering running for Young’s seat, because, as we all know, Republicans will vote for literally anyone. In an interview with Newsmax’s Eric Bolling, Palin lied about the Biden administration’s impact on current domestic gas prices, and took a deeply ironic shot at Vice President Kamala Harris’ supposed “word salad” before she weighed in on her useless future.

(86888)
$0.00 (as of May 23, 2022 06:37 GMT -04:00 - More infoProduct prices and availability are accurate as of the date/time indicated and are subject to change. Any price and availability information displayed on [relevant Amazon Site(s), as applicable] at the time of purchase will apply to the purchase of this product.)