Russia and China at Odds Over Trump, Iran Too.

It’s long been obvious that Putin favors Trump and wants to keep him in the White House where he can continue to destroy the United States, both because we’ve been blocking Russia’s ambitions and because Putin wants revenge for the breakup of the Soviet Union and other things we may or may not have done. (Putin’s view of the world is pretty skewed.)

But there are other players on the stage, and one big one is China. China has been using Trump’s floundering, confusion, and total incompetence to gain advantages over the US in the global tug-of-war. But China also values stability and steadiness, and Trump has none of that.

I’ve argued here before that China might well be working on countering Russia’s interference in our election. Now the director of our national counterintelligence center is hinting (hints because he’s basing it on classified material) that China may be doing just that:

The government of China prefers that President Trump not win reelection in November, seeing the incumbent as “unpredictable,” a top U.S. intelligence official said in a statement Friday about China and other countries’ efforts to influence the 2020 election.
“China has been expanding its influence efforts” ahead of the vote in November, pressuring political figures it sees as opposed to its interest and trying to “deflect and counter criticism of China,” said William Evanina, the director of the National Counterintelligence and Security Center, following up on briefings that he has privately given to lawmakers.

CHINA – We assess that China prefers that President Trump – whom Beijing sees as unpredictable – does not win reelection. China has been expanding its influence efforts ahead of November 2020 to shape the policy environment in the United States, pressure political figures it views as opposed to China’s interests, and deflect and counter criticism of China. Although China will continue to weigh the risks and benefits of aggressive action, its public rhetoric over the past few months has grown increasingly critical of the current Administration’s COVID-19 response, closure of China’s Houston Consulate, and actions on other issues. For example, it has harshly criticized the Administration’s statements and actions on Hong Kong, TikTok, the legal status of the South China Sea, and China’s efforts to dominate the 5G market. Beijing recognizes that all of these efforts might affect the presidential race.

The press release goes on to describe Russia as interfering as much because they’ve never liked Biden as because they still find Trump their “useful idiot.” (That phrase is not in the release.) And they add that Iran is also interfering because:

Tehran’s motivation to conduct such activities is, in part, driven by a perception that President Trump’s reelection would result in a continuation of U.S. pressure on Iran in an effort to foment regime change.

Trump’s “foreign policy” has resulted in China and Russia fighting over the carcass of the United States over who gets to meddle in our elections, while Iran dances around them looking for places to stick its own knives in. Of course, Trump doesn’t care, as long as they help him stay in the Oval Office and out of jail.

Director Evanina gets the last word:

Aside from sharing information, let me assure you that the IC is also doing everything in its power to combat both cyber and influence efforts targeting our electoral process and continues to support DHS and FBI in their critical roles safeguarding the election. As I emphasized in my July 24, 2020 public statement, we are all in this together as Americans. Our election should be our own. Foreign efforts to influence or interfere with our elections are a direct threat to the fabric of our democracy. 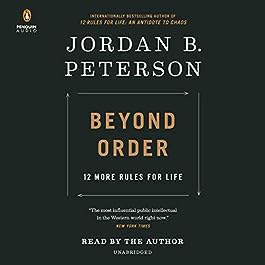