The joke is in your hands.

The attorney, Robert Costello, said Giuliani “at my insistence” had called Trump “within the last day” to emphasize that he had not been serious when he said he had an “insurance policy, if thrown under the bus.”

“He shouldn’t joke, he is not a funny guy. I told him, ‘Ten thousand comedians are out of work, and you make a joke. It doesn’t work that way,’” Costello told Reuters.Giuliani has already said that he was being sarcastic when he made the comments. Trump, too, has brushed them off, telling reporters in the Oval Office this week that “Rudy is a great guy.” The White House declined to comment on Costello’s remarks.

I have to admit, when I heard Giuliani say he had Ã¢Â€ÂœinsuranceÃ¢Â€Â (and by his demeanor you could tell he was dead serious) my mind went right to the fact that Rudy was US Attorney in NY and Mayor of NY for a combined 13 years. How much Trump dirt/business illegality must he know? https://t.co/usPar0MUYe— Glenn Kirschner (@glennkirschner2) November 27, 2019

GiulianiÃ¢Â€Â™s Lawyer Forced Him To Call Trump To Tell Him He Was Just Kidding About Ã¢Â€Â˜InsuranceÃ¢Â€Â™ https://t.co/Ek7QK5Synx— Talking Points Memo (@TPM) November 27, 2019

Subpoenas issued by federal prosecutors in recent weeks suggest a sweeping investigation is being conducted into Rudy Giuliani and his associates, with potential charges including obstruction of justice, fraud and money laundering, the Wall Street Journal first reported and the Washington Post confirmed.

What we know: Prosecutors have issued subpoenas seeking records and information related to Giuliani and two associates, Lev Parnas and Igor Fruman, who have already been indicted on campaign finance violations. The investigation is being led by the FBI and the Southern District of New York, the U.S. attorney's office that Giuliani once ran.

The subpoenas suggest that the following charges are being considered, according to the Journal. 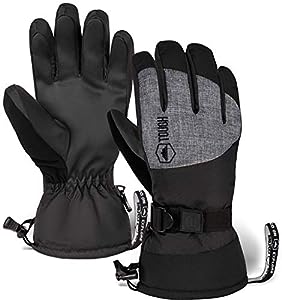