I never liked Jennifer Rubin’s columns during the Obama era. She came across as automatically opposed to everything President Obama did, and in 2012 she practically worshiped the ground Mitt Romney walked on. But ever since Trump came on the scene, I’ve watched her shift from all-out Republican shill to moderate conservative who is willing to face reality (if not necessarily admit that past positions were wrong).

This morning’s column marks the next step in her journey. She isn’t blaming Trump alone for the current mess — and by “mess” I mean everything, not just coronavirus. She is blaming the Republican party as a whole.

It’s not about the size of the government. It’s about competence.

Republicans have not been serious about limited federal government since Calvin Coolidge. What actually changed over time and reached its zenith under Trump was antagonism toward government and resentment toward elites and expertise. Whether you think this resulted from economic strain brought on by globalization or, as I do, racial and cultural resentment among white, evangelical and non-urban Americans, Trumpian Republicans lauded the denigration and antagonism toward government (egged on by business interests and ideological right-wing donors).

Rubin makes two points: First is that Republicans are quite willing to expand government powers when it suits their financial or ideological interests:

Republicans who voted for a massive debt-producing tax cut, supported anti-terrorism surveillance, routinely demanded increases in defense spending, shamelessly shoveled federal funds into their states (for opioid treatment, disaster relief and other needs) and have never had the nerve to curtail let alone cut spending for Social Security or Medicare would have us believe they have been protectors of “limited” government. Republicans have also long favored government intervention in the war on drugs, limiting access to abortions and regulating marriage.

Second, there are actions that government, and especially the federal government, can do that are necessary for our well-being and that the private sector cannot do:

[T]he real tipping point — and the danger for the right wing — is the affirmation that competent government is critical and performs functions that cannot be fobbed off on lower levels of government or the private sector.

Now, the painful, deadly lesson is laid bare. No significant segment of voters actually wants government to be small. The issue is what you want government to do and how well you want it to perform. The 2008 financial crash and now the covid-19 pandemic have reminded many that one party does not give two hoots about running government well, which in a crisis means it will spectacularly fail to protect Americans. [italics in original]

I won’t forget Rubin’s attacks on Obama and the Democrats, but I may come around to forgiving her (final judgment may depend on what she writes about President Biden). In the meantime, her current voice is one I am increasingly cmoming to respect. 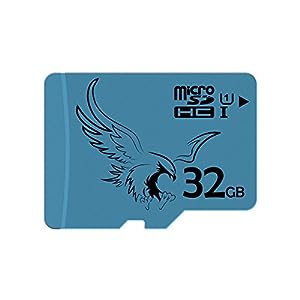