As we all know, conservative conspiracy theories can be deadly. Just ask the basement gimp at Comet Ping Pong.

But if conservatives succeed in spreading their latest conspiracy theory like, well, a virus, we could be in for a really awful time.

You may have heard that Rush Limbaugh recently equated COVID-19 with the common cold (sadly — or rather, very fortunately — the common cold doesn’t have a 2 percent or higher fatality rate), and of course Donald Trump is doing his best to downplay the crisis because, erm, the stock market.

Well, now our conspiracy-loving compatriots have reached a new level. You see, there’s nothing to worry about because one of the key Centers for Disease Control and Prevention officials who’s warned us about the dire threat of novel coronavirus is … wait for it … Rod Rosenstein’s sister.

Rosenstein, of course, is the deep-state operator (and Republican Trump appointee) who gave special counsel Robert Mueller his marching orders. So nothing that he or anyone on his Ancestry.com page says can be trusted. And Dr. Nancy Messonnier, who heads the CDC’s National Center for Immunization and Respiratory Diseases, is definitely on that list because (horrors), she’s Rosenstein’s sister, and she committed the ultimate unforgivable sin — contradicting the most consistently wrong man on the planet.

On Tuesday, Messonnier made this treasonous, eggheaded comment about science and other science-y stuff: “Ultimately, we expect we will see community spread in the United States. It’s not a question of if this will happen, but when this will happen, and how many people in this country will have severe illnesses.”

The first rule of Trump Club: DO NOT MESS WITH DEAR LEADER’S ALTERNATE UNIVERSE!

Messonnier’s comments got widespread attention, sparking calls for further actions by the administration, which had long struck a more reassuring note. The furor appeared to catch Trump flat-footed while en route back from his summit with the Indian prime minister, where he had declared the outbreak “very well under control.”
The likes of conservative radio host Rush Limbaugh and Jim Hoft, publisher of the Gateway Pundit, a conspiratorial, pro-Trump site, have seized on the sibling connection, as have a large number of anonymous Twitter accounts.

“Rod Rosenstein as we all know definitely worked to undermine the Trump administration, which is oddly exactly what his sister is doing by undermining the more logical and calm message the president’s team has issued on the virus,” charged conservative pundit Wayne Dupree in a Wednesday blog post.

The only experts Trump cares about, of course, are those focused on financial contagion, not viral contagion. And so the nearly always wrong Larry Kudlow, who recently said “we have contained this,” is going to get a lot more love from the pr*sident than someone telling him thousands of people could die if we don’t do something about a potential global pandemic.

Isn’t it fun when you have to read between the lines to figure out what’s really going on? And now Trump wants to take away the lines entirely.

Well, Donald Trump did come from the world of reality TV — and now we all get to play Survivor. 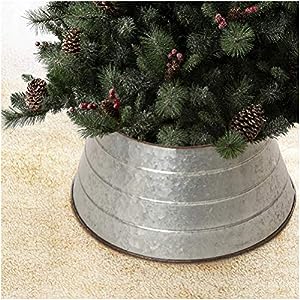