I can’t really watch the Trump speech tonight considering how much I’ve already been exposed to the same nonsense. I actually am more concerned about Russian amphibious assault exercises in the Baltic and the reinforcement of Gotland island by Sweden (lest you think that’s trivial, there’s a US SpecOps unit there).

However, there are prebuttal speeches and the best is Kamala Harris.

Kamala Harris excoriated Trump in a speech pre-butting the final night of the GOP convention, accusing him and his Republican allies of ignoring “the reality” of an America facing crises of racial injustice, public health and economic despair.https://t.co/ddVPHtwDea— Axios (@axios) August 27, 2020

What she's saying: “Unlike the Democratic convention, which was very clear-eyed about the challenges we are facing and how we will tackle them, the Republican convention is designed for one purpose: to soothe Donald Trump's ego,” Harris said.

The bottom line: “Donald Trump stood idly by and, folks, it was a deadly decision,” Harris said. “Instead of rising to meet the most difficult moment of his presidency, Donald Trump froze. He was scared and he was petty and vindictive.”

THREAD: If you missed the prebuttal of Trump’s acceptance speech at the RNC tonite by @KamalaHarris, @atrupar does a nice job of capturing some of the highlights. https://t.co/fUvPK9v6lC— Michael Hinkelman (@MHinkelman) August 27, 2020

NEW – PREBUTTAL TO TRUMP RNC SPEECH:
The first combat death under Trump happened when he ordered a Navy SEAL team into Yemen while at a dinner party.

He wanted to play big-man-going-to-war.

The Gold Star dad of the hero lost has some BRUTAL words for Trump.#DontTrustTrump pic.twitter.com/qg2Z8XdPmV

Veterans praise Trump at GOP convention for what happened under Obama || By Emily Singer https://t.co/hqQIB7xxfg

Trump accepting the GOP nomination on the White House grounds creates the appearance that it’s a government-sanctioned event, something multiple laws were written to avoid. It’s completely unprecedented. https://t.co/l1RnlQEHIX

BREAKING: Trump just made his 500th visit to his properties during his presidency.

He reached the stunning, corrupt milestone by going to his DC hotel to meet with political donors ahead of his RNC speech tonight.https://t.co/rmBFHeGKWt

Kyle Rittenhouse was also known as a “ride or die” Trump supporter. “If you said anything bad about Trump, he’d threaten you,” Joe said. In January, Rittenhouse even traveled to Iowa, where he had front row seats at a Trump rally, Buzzfeed reported. “Kyle was the type of kid to wear a MAGA hat or other apparel just for attention, or to “trigger” people,” Joe added.

First he allegedly killed a protester, by shooting him in the head. Then he tried to run away, while talking on the phone: “I’ve just killed someone,” he said in video captured on a cell phone.

A crowd of protesters then chased Rittenhouse down a street, a scene captured from multiple angles on cell phones. He tripped, fell, and just as two protesters came toward him, he sat up, aimed, and opened fire. He appeared to shoot one person in the chest, killing them, and injured a second with a bullet to the arm.

Then Rittenhouse stood up and walked away in the direction of the armored police vehicles which were approaching the scene in response to reports of gunfire. Video shows him with his hands up, rifle clearly displayed, in apparent surrender. Police drove right past him. (Kenosha County Sheriff David Beth later tried to defend police’s inaction: “In situations that are high-stress, you have such incredible tunnel vision,” he said.)

Rittenhouse then fled Kenosha and crossed the Illinois state line to Antioch, just 20 miles south. He was labeled a fugitive, arrested the following day, and charged with first-degree murder.

To lead America, you have to understand America.

I know how hard it is for folks who are sick, struggling, and wondering how they'll get through the day.

You deserve a president who will fight for you and lead our nation out of these crises. I'll get started on day one. pic.twitter.com/evrWlwqhh1

The most powerful 2-minute ad you'll ever see!

This ad will be airing tonight right before Trump's speech at the RNC, and it is amazing! 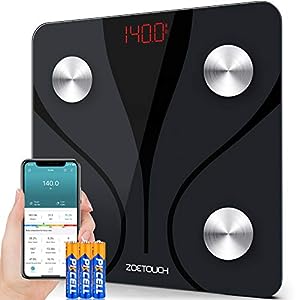