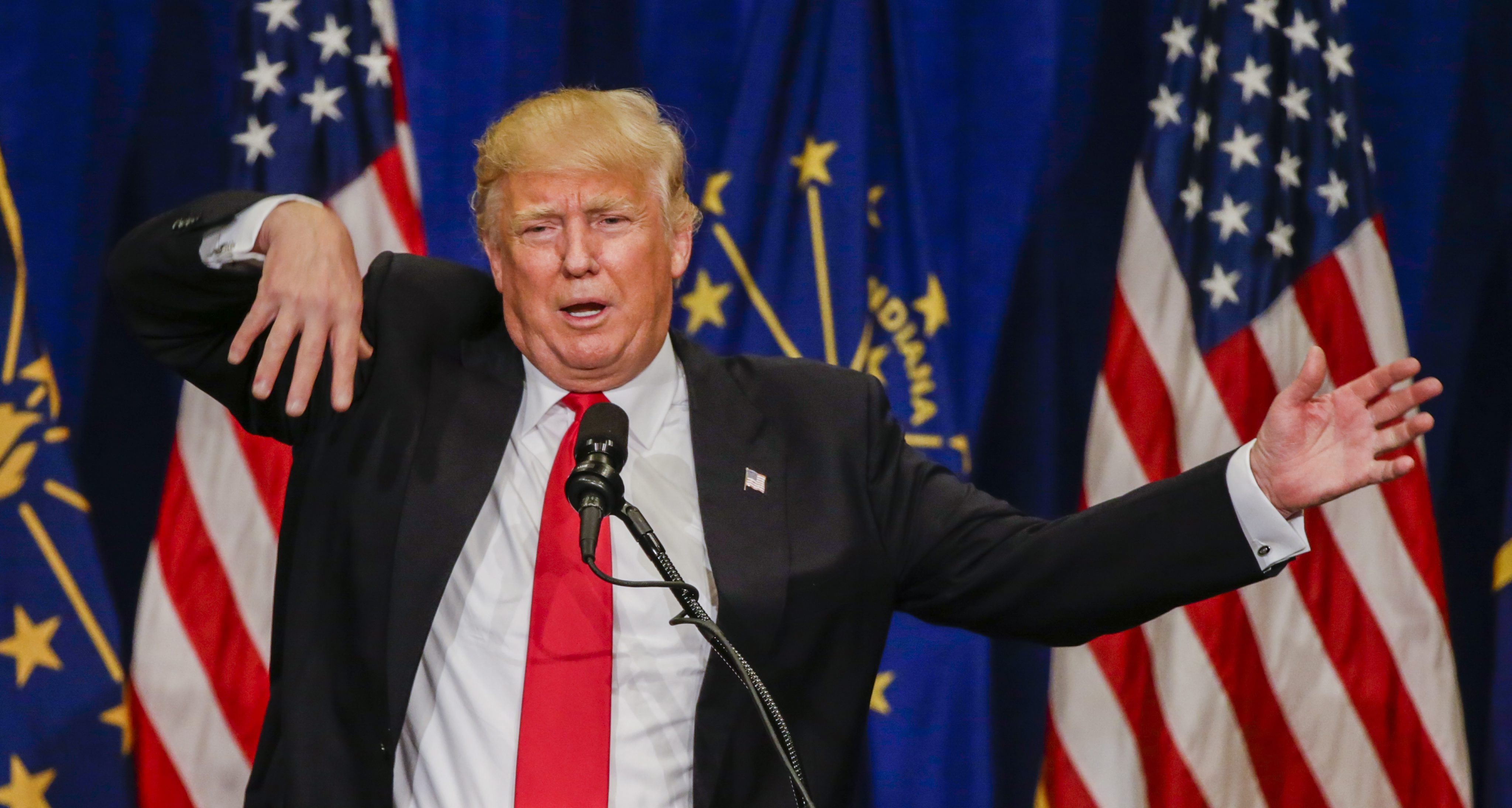 It's official! Most of the American people regard Donald Trump as a pitifully ignorant, barely coherent, megalomaniac whose mental deficiencies should preclude him from any consideration for high office. Or low office, for that matter. It was even affirmed in a Fox News poll. And now the Republican National Committee (RNC) has effectively concurred with that opinion. So that makes it unanimous. It is now universally agreed that Trump is an imbecile who requires protection from embarrassing himself and the groveling lickspittles in his cult/party.

By declaring that they will prohibit any GOP presidential candidate from participating in campaign debates sponsored by the non-partisan Commission on Presidential Debates (CPD), the RNC is admitting what everyone who has been paying attention already knows: That Trump cannot compete intellectually with his Democratic opponents. He demonstrates that deficiency on a daily basis. He can't even avoid making an asinine fool of himself when interviewed by Fox News suck-ups.

RELATED: Dementia-Addled Trump Descends Into Gibberish When Hannity Asks What He Would Do About Inflation

As reported by Politico, the RNC is whining that the CPD is “biased and has refused to enact simple and commonsense reforms to help ensure fair debates.” However, the reforms insisted on by the RNC are blatant capitulations to conceal Trump's notorious weaknesses.

The RNC first floated the notion that they would chicken out of debates in January. News Corpse addressed that acknowledgment of fear in an article that can be reprised here without changing a single word. Therefore…

With the 2024 presidential election still nearly three years away, the Republican Party is already showing signs that they are afraid of engaging in a free and open discourse with their Democratic opponent. Never mind that they have spent two years maligning President Biden as “sleepy” and mentally unfit, it is the GOP that appears to be concerned about their own candidate's ability to face off in an open forum.

The fear exhibited by the Republican Party is well warranted considering that their leading candidate is Donald Trump. For the past year Trump has been obsessively fixated on his having suffered a humiliating loss to Biden in 2020. It's the only thing he talks about, despite having failed for more than a year – and sixty court cases – to provide a shred of evidence of his claims that the election was “rigged.” It is what fueled his deadly January 6th insurrection. And he is still twisting reality to insist that the “real insurrection” was on Election Day, November 3rd, 2020.

Consequently, the Republican National Committee (RNC) has announced that they intend to prohibit their Party's candidate in 2024 from participating in the presidential debates that have been hosted for three decades by the bipartisan Commission on Presidential Debates (CPD). The RNC sent a letter to the Commission stating that…

“[T]he RNC will initiate the process of amending the Rules of the Republican Party at our upcoming Winter Meeting to prohibit future Republican nominees from participating in CPD-sponsored debates.”

Make no mistake about it. This is not a quarrel over some rationally disputed format differences. The RNC's “reforms” are all driven by complaints that crybaby Trump made in 2020 due to his cognitive inadequacies and inability to engage in a substantive dialogue. He proved that during the debates when he couldn't refrain from interrupting and had to be told by Biden to “Shut up, man.”

The Republican National Committee is obviously scared, so they're issuing ludicrous ultimatums if they don't get their way. But the RNC's proposals are intrusive and one-sided. They would impose on the neutrality of the Commission by impacting the composition of its members, dictating the dates of the debates, intervening in the selection of debate moderators, and enacting punishments for violations of the terms that that the RNC is insisting on.

Clearly the RNC is doing this on Trump's behalf. No other candidate has objected to the CPD's rules or fairness for thirty years. But the RNC is worried that without these reforms Trump would likely embarrass himself again, and he and the RNC know that. He has demonstrated that he cannot face any encounter that isn't rigged to his advantage. It's why he won't submit to any interviews that aren't conducted by his pals at Fox News or other similarly servile sycophants. He is mortally afraid of being challenged.

Trump recently canceled a phony “news” conference that he planned to hold on the anniversary of the January 6th insurrection. He also chickened out of his own challenge to debate any takers on his bogus claims about the 2020 election. And now he is directing his Republican Party apparatchiks to protect him from having to engage in an open and fair debate. It's the coward's way and, therefore, Trump's way.

RELATED: OMG! Pathological Liar Trump Says He is ‘the Most Honest Human Being God Ever Created’

It's not hard to imagine what sort of debate platform the RNC (aka Trump) would approve of. Probably something produced by One America News and moderated by bona fide Trump-fluffers like Steve Bannon, Sean Hannity, and his current spokes-shill, Liz Harrington. If the GOP carries out this threat, Democrats should buy network time and debate video clips of Trump's past statements that feature his stupidity, his hatefulness, and his treasonous affinity for Vladimir Putin and other tyrants.