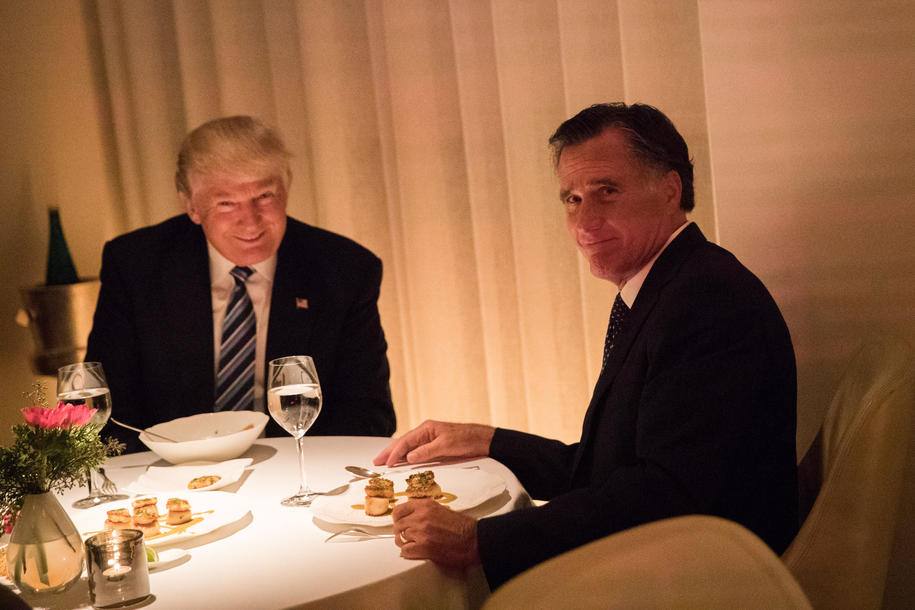 Other than the possibility that he could vote to convict Trump, Mitt seems to have a Twitter sockpuppet named Twitter user @qaws9876, otherwise known as Pierre Delecto.

Sen. Mitt Romney, in an interview with “Axios on HBO,” outlined a broad indictment of President Trump, criticizing his rhetoric, his abandonment of the Kurds, his plea to Ukraine and China to undermine a political opponent, his character and past personal life.

Why it matters: Romney, who has emerged as the party’s most prominent Trump critic, is getting overtures to run against the president (he won’t) or lead the charge to get senators to convict Trump if the House impeaches him.

Talking to me at his home outside Salt Lake City, Romney made it clear that he’s open to voting to remove Trump

The Enemy of My Enemy Is My Friend:

Earlier today, the Atlantic’s McKay Coppins published a lengthy profile on Mitt Romney, apparently part of Romney’s effort to set himself up as the noble Republican foil to an out-of-control president. These sorts of pieces, which are more about narrative setting than anything else, typically don’t contain a lot of new information, but this had one notable exception. About midway through, the usually guarded senator revealed that, just like fellow lone-voice-of reason-haver James Comey, he was the owner of a secret Twitter account.

Senator Mitt Romney, the former Republican presidential candidate, is apparently the man behind a Twitter account called “Pierre Delecto.” Romney admitted to having a “lurker account," which he used to monitor political conversations and defend himself. https://t.co/KeFlpJWJ5k

You were cheating on your second wife with the woman who is now your third wife even while impeaching Clinton for cheating on his wife. Show yourself out🐮 https://t.co/3I5ZhWgAFE