Trump’s Right-Wing cabal is in sync and functional in complete disregard of the coronavirus science. Yesterday Speaker of the House Nancy Pelosi pointed out that Trump's Secretary of the Treasury Steven Mnuchin made it clear his interest was the markets. He showed no interest in compassion.

Trump in recent press conferences has been pushing the notion that people should go back to work sooner rather than later. He seemed to have no concern about deaths that would occur if people are returned to work prematurely.

Texas Lieutenant Governor Dan Patrick appeared on Tucker Carlson’s show and praised Trump’s desire for people to get back to work before the coronavirus pandemic is mitigated. He then took it one step further. He implied that the elderly would not mind putting their lives at risk to save the U.S. economy from a decline.

And now there is Glenn Beck. His message was even more poignant. He encouraged those 50 and over to just go to work and save the economy.

“I mean, I'm in the danger son,” Glenn Beck said. “I'm right at the edge, I'm 56. In Italy, they're saying if you're sick and your 60, don't even come in. So, I'm in the danger zone. I would rather have my children stay home and all of us who are over 50 go in and keep this economy going and working, even if we all get sick, I would rather die than kill the country. 'Cause it's not the economy that's dying, it's the country.”

Understand what Mr. Host, Glenn Beck is doing here. These Right-Wing characters know that the 50-year-old plus is likely the age group most concerned about coronavirus. More importantly, it is the most responsible group in the aggregate. The psychology is to convince them to work. The younger folks don’t mind partying on the beaches so they will come to work if the economy woke up. The more matured worker maybe not so fast.

The synchronicity of the message follows the pattern. While most sensible people are pushing back, it is essential that we understand the psychological impact of this narrative on those who are predisposed to the ideology on the Right. This needs to be arrested to save lives. A sick Right-Winger can infect everyone as the virus knows no boundaries.

Please join my YouTube channel so I can get the numbers up to open up some more features and reach more folks. Gracias 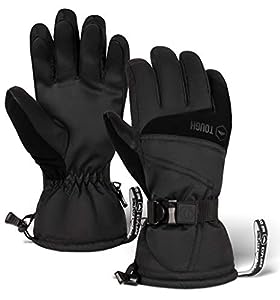