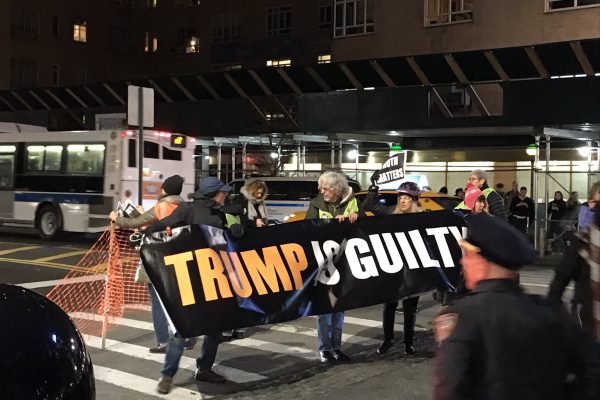 Sadopopulism emerges even as Trump honors Rush Limbaugh with a SOTU stunt, because the only skill Trump has is trolling his enemies, even with using a dying man to mine reactionary sentiments. Think how Trump scheduled that photographer at his dinner with Mitt Romney to cruelly misguide him into thinking he might actually make Mitt his Secretary of State. Thoughts and prayers.

– 67% of Independents believe Trump is GUILTY of abuse of office

– 61% of Independents believe Trump is GUILTY of obstruction https://t.co/s52kkMvg3l pic.twitter.com/PYQI3qpkgq

A beautiful thing is happening outside the US Senate pic.twitter.com/pJ4SUKHNKV

Trump knew the optics of Democrats saying terrible, even if richly deserved, things about a man dying of cancer would be good for his campaign of division in America.

Opinion: Rush Limbaugh is a trap from the troll-in-chief and liberals shouldn't fall for it https://t.co/WHOQLcKUbr

Rush, with his hugely popular conservative radio show, created a climate where someone like Donald J Trump could become president.  He helped validate a serial adulterer and business failure to a GOP base that relished Trump’s in-your-face racism and pussy-grabbing misogyny.

But I suspect there’s another reason that Trump gave the presidential medal to Rush last night, another more Trumpy reason. I have a theory that Trump gave that medal to Rush because he wanted “to own the libs.” Trump knew the optics of Democrats saying terrible, even if richly deserved, things about a man dying of cancer would be good for his campaign of division in America.

Trump wanted Democrats to attack Rush. The cynicism is breathtaking: the president wanted a dying, frail man not long for this world out there as a human shield. Rush is a trap for Democrats. Democrats will have the rest of time to explore the many ways Rush has created divisions in the culture.

While Trump may be stupid and evil, he is good at getting Democrats to produce unflattering soundbites, and he knows how tempting it must be to target Rush Limbaugh right now. Democrats shouldn’t let him. Let history judge Rush. Let him die quietly, along with Trump’s desire to use our own anger against us.

(51660)
$17.62 (as of May 21, 2022 19:50 GMT -04:00 - More infoProduct prices and availability are accurate as of the date/time indicated and are subject to change. Any price and availability information displayed on [relevant Amazon Site(s), as applicable] at the time of purchase will apply to the purchase of this product.)