Trump bars COVID Taskforce members from congressional testimony for a month, as whistles blow. Relaxed distancing in the shallow-state end of the gene pool, as yet another cover-up arrives at the disaster called the Trump regime. Trump cannot get re-elected if his incompetence gets yet another investigation. Yet it is weird how Trump repeats his lies, pulling from such a limited reservoir of items. And worse, the Rueters/Ipsos poll has Trump and Biden essentially a toss-up, even as 20%+ unemployment should doom any sense of job creation.

According to the poll, 45% of Americans said Trump was better suited to create jobs, while 32% said Biden was the better candidate for that. That pushed Trump’s advantage over Biden in terms of job creation to 13 points, compared with the Republican president’s 6-point edge in a similar poll that ran in mid-April.

Thirty-seven percent said Trump was better leading the country’s coronavirus response, while 35% preferred Biden. A similar poll in mid-April showed Biden had a slight edge over Trump when it came to the nation’s response to the disease.

Overall, 42% of Americans said they approved of Trump’s performance in office, and 53% said they disapproved. The president’s popularity has remained relatively flat for more than a year.

The Reuters/Ipsos poll was conducted online, in English, throughout the United States. It gathered responses from 1,215 American adults, including 1,015 who identified as registered voters. It had a credibility interval, a measure of precision, of plus or minus 3 percentage points.

“For the month of May, no task force members, or key deputies of task force members, may accept hearing invitations,” reads a White House memo outlining the updated guidance. Exceptions are in order, but only at “the express approval of the chief of staff.”

The updated guidance comes as the Senate returns and the House pursues a “hybrid” return to regular order and the global health pandemic continues to ravage the world. The White House expects that returning lawmakers will have an insatiable appetite for hearings. The administration is also sore after what happened last week.

.@JohnBrennan calls Dr. Rick Bright's whistleblower complaint a indictment of "those who have been responsible for diverting and focusing on the business and political interests of others at the expense of America's health."https://t.co/RPqs0qMyRk

Breaking News: The White House is considering winding down the coronavirus task force as the crisis rages on. It’s not clear if it will be replaced. https://t.co/gpFtI2TsYT pic.twitter.com/H7b9XeLDut

Pulitzer Prize-winning journalist @Laurie_Garrett tells @Lawrence there has been no strategic goal in the response to coronavirus because the distinction between strategy and tactics, such as testing, has been "completely eliminated.” https://t.co/DTTe06BNWE pic.twitter.com/4teHSsRrvm 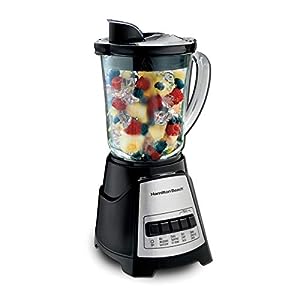