By Aldous Pennyfarthing on December 26, 2019

So there was no Christmas “gift” as North Korean leader Kim Jong Un warned, but the situation on the Korean Peninsula remains decidedly unsettled.

And if I didn’t know Trump was spending his holiday in the unholy land of Mar-a-Lago, I’d assume his tongue was stuck to a metal post on a playground somewhere in Indiana.

During an MSNBC interview with Brian Williams a few days ago, retired four-star admiral James Stavridis said (out loud) the thing that everyone with a brain not besotted with ego or egg nog already knew:

WILLIAMS: I guess my first question will bring down the energy. What’s the chance our president has been played by the North Korean leader?

STAVRIDIS: I’d say about 100 percent, Brian. I hate to say that. Let’s do the good news first. The good news is, as opposed to fire and fury and we’re ramping up for a war on the Korean Peninsula, we’ve now moved into kind of rope-a-dope. But on the other hand, here I gotta agree with former national security adviser John Bolton that we are not progressing toward the stated goal of denuclearizing this peninsula. And I think Kim is just kind of playing along, he’s right on playbook from his father and his grandfather.

Just landed – a long trip, but everybody can now feel much safer than the day I took office. There is no longer a Nuclear Threat from North Korea. Meeting with Kim Jong Un was an interesting and very positive experience. North Korea has great potential for the future!— Donald J. Trump (@realDonaldTrump) June 13, 2018

Now, I hate to type out a quote from John Bolton so soon after Christmas, because I fear doing so might prompt Jesus to actually give my fingers leprosy, but he’s right about one thing. When it comes to North Korea, Trump has basically been sent on a snipe hunt. And instead of figuring out he’s been pranked, he’s busy ordering used X-ray glasses from eBay so he can more easily locate said snipe.

“The idea that we are somehow exerting maximum pressure on North Korea is just unfortunately not true,” Bolton recently told Axios before disappearing behind a cloud of sulfur and mustache detritus.

Bolton also told Axios that “he does not think the administration ‘really means it’ when President Trump and top officials vow to stop North Korea from having deliverable nuclear weapons — ‘or it would be pursuing a different course.’”

Before taking office people were assuming that we were going to War with North Korea. President Obama said that North Korea was our biggest and most dangerous problem. No longer – sleep well tonight!

Hmm. Who would have thought North Korea would turn out to be at least as complex and difficult a problem as health care policy — besides everyone, that is? 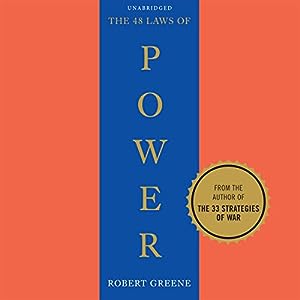