One of the many stories circulating today about New York Attorney General Letitia James’s announcement of the state lawsuit against the NRA is this one: Donald Trump is losing the culture wars. The peculiar part that caught my eye starts with the subtitle:

The Democratic attempt to crush the NRA is unlikely to do much for his reelection. “Every person who cares about the NRA is already voting for Trump,” said a GOP pollster.

Maybe the subtitle editor was taking their cue from the Republicans. Further down the article:

“The Democrat [sic] strategy has seemed to be — and I think it was a smart strategy — go with Biden, he’s a centrist, he’s safe, he’s non-threatening,” said Greg McNeilly, a Republican strategist in Michigan and longtime adviser to Secretary of Education Betsy DeVos. While that alternative seemed inviting to a lot of Trump supporters, including older voters, McNeilly said he thinks they'll reconsider when the reality of a potential Biden presidency sets in.

And the lawsuit against the NRA is “incredibly tangible, specific attack on a core Republican value … This is a gift to the Trump campaign, and it’s an unforced error on the [Democratic] side. It’s a real mistake.” [emphasis added]

This is Republican projection: It’s something we would certainly do, so of course the attorney general is doing this because she’s a Democrat. That she’s doing it because it’s the law doesn’t occur to them.

Some Democrats, in fact, are not happy with the timing:

Within hours of the lawsuit’s announcement, some Democrats did raise concerns about the effect that it could have on turnout. One Democratic elected official in Pennsylvania likened it politically to a Republican attorney general suing to dissolve Planned Parenthood, saying, “If this is the election of our lifetime, and I believe it is, why risk it?”

But even in saying that, the operative recognized that the AG brought the case now because her office had spent 18 months working on it and it was ready to go. Period.

James and Vance are human, and it may be too much to expect them not to keep an eye on the election calendar as they prepare their cases. But there’s also an argument to be made that the people deserve to know this about the man they’re thinking of hiring for another term as president. In any case, neither one will bring a case unless they honestly believe it’s solid and has all the evidence. Which is what AG James has just done with the NRA. 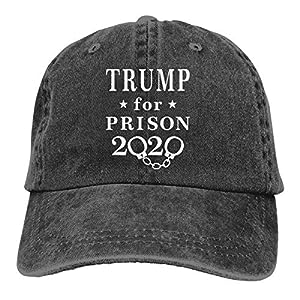