Donald Trump screwed up our country’s coronavirus response so badly, it could very well prompt his own party to launch several more probes into Hillary Clinton’s email server.

Of course, Republicans have been casting about for scapegoats for some time now, and they think they’ve found a pretty good one: China

This strategy does make a certain amount of sense. China did downplay the virus, and that rush to spin and soft-pedal the emerging crisis left us unprepared — as did Trump’s own fusillade of B.S.

So the tack the National Republican Senatorial Committee is now taking is, let’s just say, a tad brazen. According to a 57-page memo obtained by Politico, candidates are being advised to pivot to China and not even bother trying to defend the pr*sident.

The memo includes advice on everything from how to tie Democratic candidates to the Chinese government to how to deal with accusations of racism. It stresses three main lines of assault: That China caused the virus “by covering it up,” that Democrats are “soft on China,” and that Republicans will “push for sanctions on China for its role in spreading this pandemic.”

“Coronavirus was a Chinese hit-and-run followed by a cover-up that cost thousands of lives,” the April 17 memo states.
The document urges candidates to stay relentlessly on message against the country when responding to any questions about the virus. When asked whether the spread of the coronavirus is Trump’s fault, candidates are advised to respond by pivoting to China.

That approach might be problematic, given that Trump repeatedly praised China numerous times as the coronavirus crisis unfolded, going so far as to say the U.S. “greatly appreciates their efforts and transparency.”

Meanwhile, the glorious China travel ban suffered more regrettable breaches than the condom Trump used when Don. Jr. was conceived. In other words, it was useless.

Then there’s the inconvenient fact that Democrats in general and Joe Biden in particular have the truth on their side. So if Republicans insist on pressing this issue, you’ll see a lot more ads like this one:

New ad: Trump praised China's coronavirus response while refusing to mount the one we needed at home. Now the outbreak is the worst public health and economic crisis of our lifetimes. Joe Biden warned him not to take their word. (https://t.co/qJXsw3eKGG) pic.twitter.com/XWNnYx4GAI— Andrew Bates (@AndrewBatesNC) April 18, 2020

So, yeah, do your worst.

Racism and xenophobia are what got Trump where he is, but now that people are dying by the thousands, that may not be enough this time. 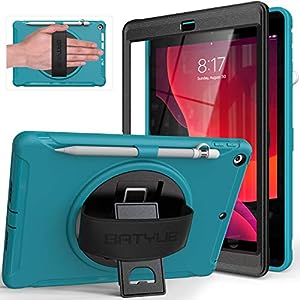