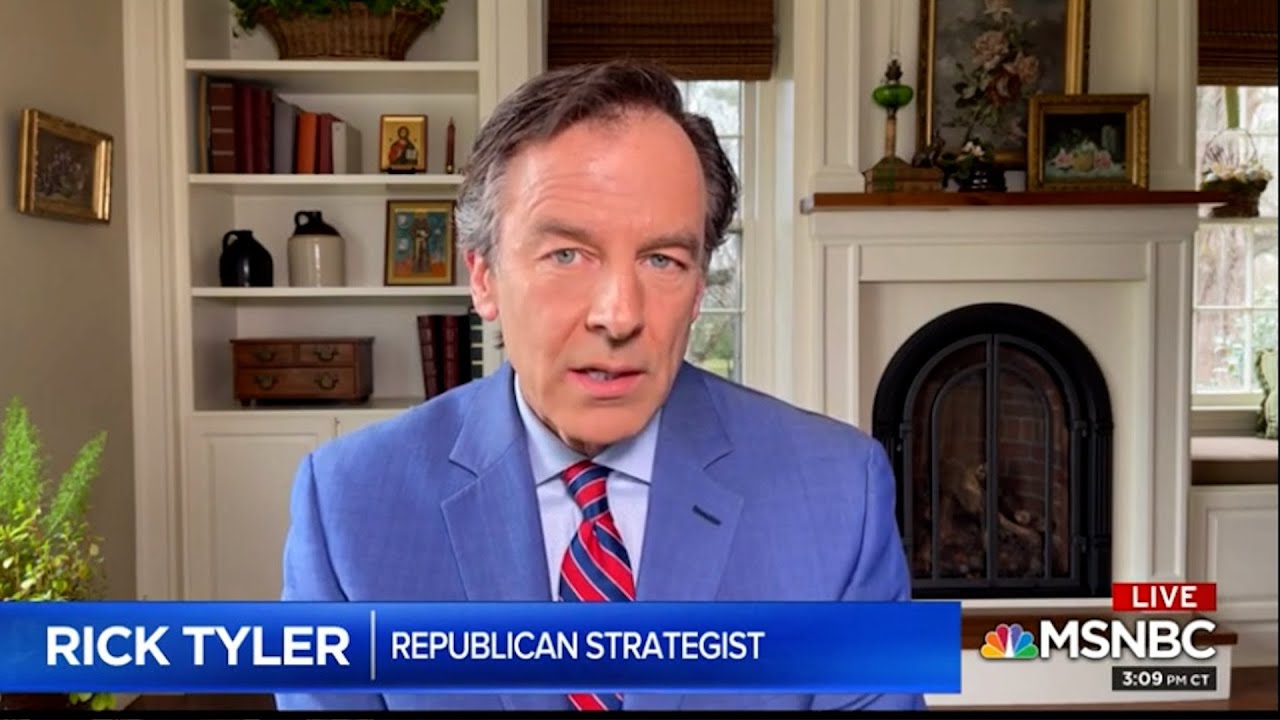 Republican Strategist says it plainly. The GOP has nothing to offer other than suppressing the vote of those unlikely to vote for them.

Rick Tyler has always been partisan. To describe his former Republican Party as he is defining it now explains the depth to which the party has fallen.

Tyler first showed the similarity of what the Georgia Republicans were doing to the Civil Rights movement in 1955.

“You now have a national news story where two white police officers have arrested a black woman who is a state representative for wanting to attend a bill signing,” Rick Tyler said. “She didn’t appear to want to be disruptive. But she wanted to make a point. Her name, by the way, is Park Cannon. On December 1st, 1955, we had Rosa Parks. Now, who would have known that 65 years later, we would have needed a Park Cannon.”

He then went on to excoriate his party. And it is what most know but the Republican Party continues to deny.

“It’s really quite unbelievable, and from all, I can discern from the GOP, which is my former party, is that their only coherent message that’s discernible is to keep brown and black people from voting,” Tyler continued. They do not have, as was just said, an attractive governing philosophy that they can sell that would attract people to vote for them. And overall, they’ll become a regional and not a national party. And it’s just a matter of time. Georgia’s demographics are changing. The math is against them. This is the last-ditch effort, and it’s really the wrong way to go. We were warned about this over a decade ago.”

This will come back to bite the Republicans. But we need to make sure to be willing to bite.