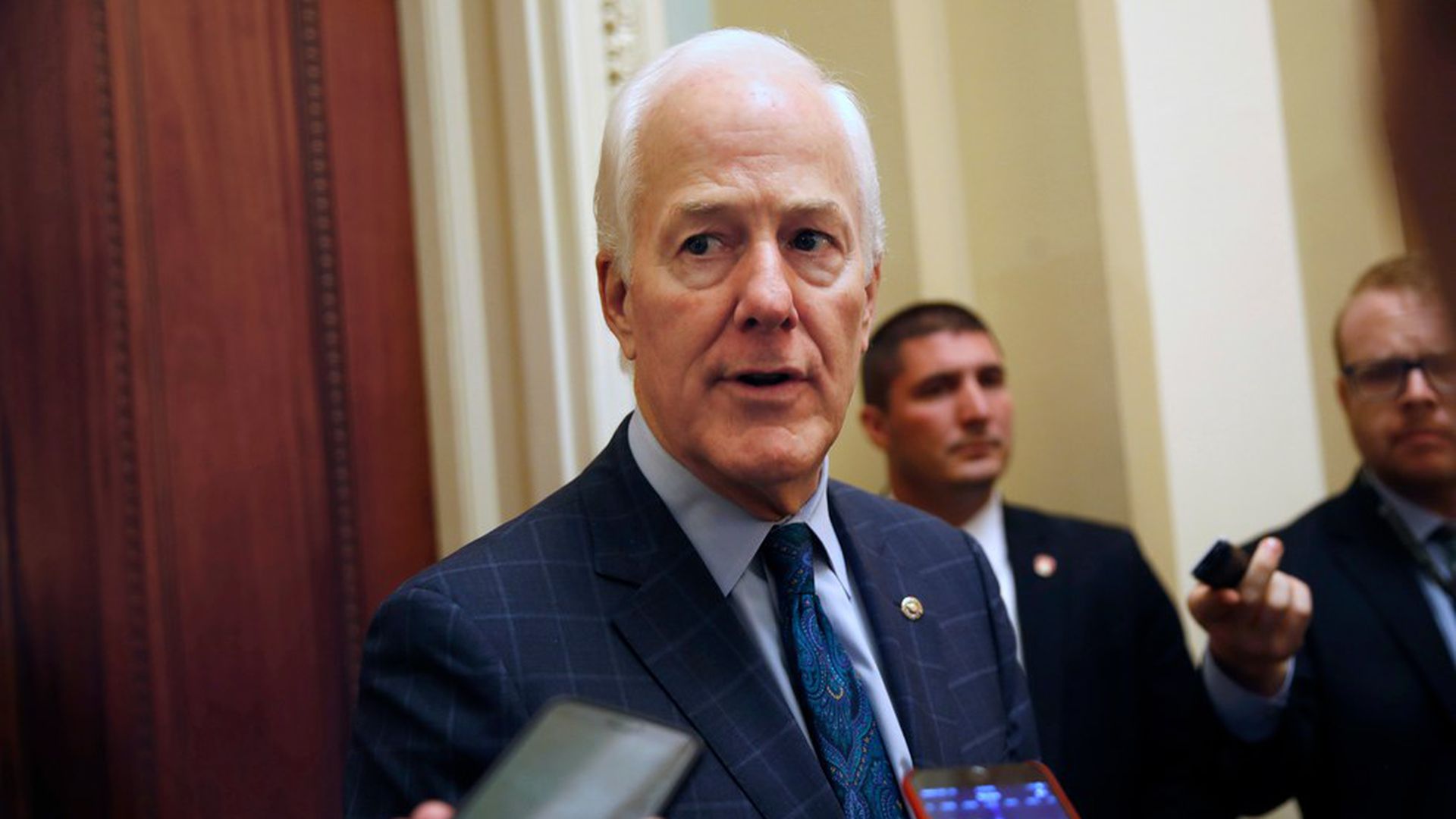 … because the white man in question is friends with the guy who could very well destroy Obamacare, which ensures that all insured Americans have coverage for addiction, depression, and cancer — all of which this particular white man has. (Full disclosure: I’m also a white man, but please don’t hold that against me.)

Shameful: Ds and apparently some in media not content with FBI confirming Judge’s denial of the Ford incident, they want to drag HIM through the mud, publicly destroy someone struggling with addiction, depression, and cancer, and argue BK guilt by association #BrettKavanaugh https://t.co/MOtSr1A776

Wow, that is really some selective outrage. Millions of Americans struggle with addiction and depression, and millions more get cancer. The Affordable Care Act ensures that anyone with insurance is covered for addiction and mental health treatment. And if they had the kind of junk policy Sen. Cornyn wants to allow insurance companies to sell, they’d wish their biggest problem was being dragged through mud.

Of course, like just about every one of his Republican colleagues, Cornyn has been no friend of the ACA.

So what does pull at his heart strings? Middle-aged party boys who have fallen on hard times, of course.

White men sure do have an uncanny knack for playing the victim when it suits them. We’re really going to allow a likely sexual abuser onto the nation’s highest court because his friend from high school is too delicate to talk to the FBI? Or to have his work history at Safeway verified? Ouch. God forbid people find out he worked at Safeway! That’s no place for a rich white man to work. This could destroy him.