This former Republican is harder on Trump than anyone

Steven Schmidt departed the Republican Party in June of 2018. He could no longer take being associated with a party that tolerated separating immigrant families and one that had blood on its hands reigniting the Palestinian/Israeli conflict by moving the U.S. Embassy from Tel Aviv to Jerusalem among other issues. The reality, he is still a Republican, Trump just took the party.

I refuse to include the actual words from Donald Trump because carrying lies, irresponsible advice, and misinformation would be a misuse of your eyes, intellect, and ears. Both Nicole Wallace and Schmidt slammed Donald Trump’s recent press conference.

“We’ve been watching Donald Trump,” Wallace said. “He took the lead at today’s Coronavirus task force briefing. Big headline today likely to be the president saying this, ‘This will probably be the worse week.’ He said a lot of other stuff too, some of it nonsensical, some of it incoherent, some of it not consistent with what his doctors had to say.”

Later Steve Schmidt would be even harsher in his accurate assessment.

“It is extraordinary late on a Saturday afternoon,” Schmidt said. “to be watching the president of the United States at a news conference when the country is substantially locked down, … to deliver this angry outburst of grievance, of hurt about his self-interest at a moment in time where minutes before he is alluding to the projections where hundreds of thousands of Americans will be dead largely because of the slow and inept response of the Trump government.”

He closed the segment with the similar words used by Wallace.

“It really looks almost mentally like,” Schmidt said, “he is unraveling under the pressure.”

The press conference was really bad and dangerous as he encouraged Americans to take a drug not yet sanctioned for COVID-19 among the plethora of lies. Nicole Wallace and Steve Schmidt hit the nail on the head. 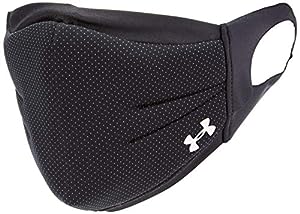