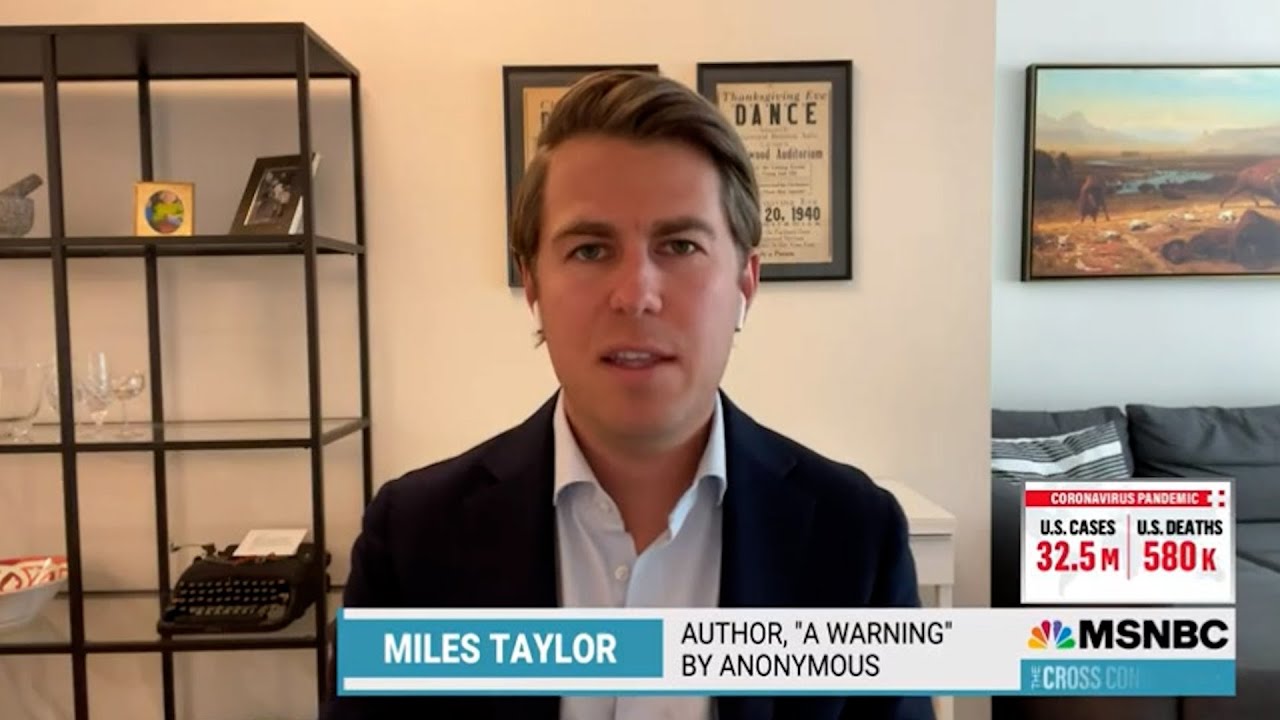 Republican operative Miles Taylor came out swinging against the Republican Party on the Cross Connection with Tiffany Cross. He told the inconvenient truth, and one hopes Republicans are listening.

Republican gets real with an inconvenient truth

Miles Taylor was a Republican government official who worked for both George W. Bush and Donald Trump. He is the operative who anonymously wrote the New York Times article “I Am Part of the Resistance Inside the Trump Administration.”

“This is the conversation that needs to be had.” Nicolle Wallace said. “We covered this incorrectly. Fear of Trump was the excuse. For all of Mitch McConnell and Rob Portman and Kevin McCarthy and all these weenies who looked the other way when Casey Hunt and Leanne Caldwell and Garrett Haake were there with a camera saying, ‘Do you believe with this outrageous thing that Donald Trump tweeted today and our frame was they must be afraid of our cameras because they’re scared of Trump.”

Nicolle was not done.

“We were wrong,” Nicolle said. “They are Trump. And you are right. This story is no longer about Trump. It’s what they, it’s what Trump revealed the Republicans to be.”

Miles Taylor’s response to Cross indicates the sad state of the Republican Party.

“I think the important thing now, Tiffany, is not this civil and constructive dialogue you and I are able to have about disagreements between Democrats, traditional Democrats, and traditional Republicans,” Miles Taylor said. “We’re now fighting about absolutely fundamental aspects of our country, commitment to democracy, the rule of law, the Constitution, those are things that Republicans stand against now. And that’s what’s terrifying. So you and I should continue to debate whether traditional Republican or traditional Democratic policies are better for America.”

But then Miles Taylor said what most clear-thinking people believe.

“But the far more important debate right now is at least one of those parties, the Republican Party, no longer agrees in the middle ground about foundational unifying things that should bring this country together, terrifying. And I would end with saying right now, the biggest anti-democratic force in this country and the biggest danger to our republic is actually the Republican Party of today itself. That’s why it needs to be reformed and that’s one place where I think Democrats and rational principled Republicans on the Center-Right can come together and say we’ve got to save our country from this.”

I am pretty sure the Trump sycophants are not listening to Miles Taylor. Will we hold them all accountable. To save the nation, we better.

[…] Raddatz’s turn today and she did it surprisingly well. I find more so than most, she lets Republicans get away with an inordinate amount of […]

Ha ha ha ha - Charles M Blow Remembers Liz Cheney The Same Way I Do: As A Nasty Piece Of Work. - The Politicus

[…] is like the G-Dubya soft focus nostalgia trip, yuk. The Good Republicans, […]

(33257)
$348.00 (as of May 22, 2022 09:29 GMT -04:00 - More infoProduct prices and availability are accurate as of the date/time indicated and are subject to change. Any price and availability information displayed on [relevant Amazon Site(s), as applicable] at the time of purchase will apply to the purchase of this product.)