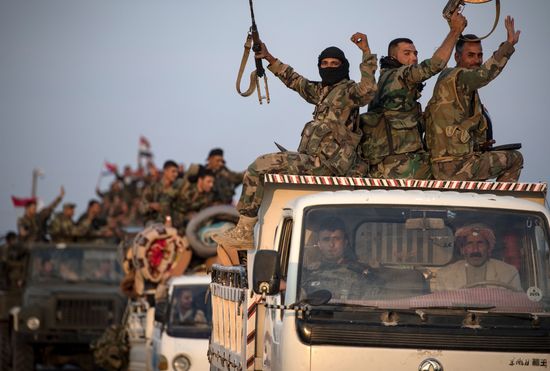 I’ve had bosses before who always seemed to do everything they could to disrupt our team’s progress, either through interjecting nonsense or making decisions that impacted the project without thinking things through. In the end, if we still managed to pull it off, the guy would humbly try to take all of the credit for his great “leadership.” Thankfully, these guys usually didn’t get beyond middle management, where they were stuck due to the Peter Principle.

It’s very rare to excel in a high-level position without demonstrating any sort of talent for the job, or at least a baseline of leadership and competence. Unfortunately, the presidency is one of those few exceptions where a fake reality star with just the right amount of easily-impressed dupes from strategic areas can amass enough delegates to win our archaic Electoral College. Thus, a man with no moral compass, no concept of service, no experience or knowledge of anything related to the military or government, and the literal temperament of a four-year-old can be exalted to the highest government official and become Commander-in-Chief.

Case in point: Trump. After being browbeaten on the phone by Turkey’s strongman, Recep Erdogan, Trump impulsively submitted to all of his demands. Trump agreed to immediately pull our troops out of Syria and deploy them elsewhere in the Middle East, pleasing our enemies and putting our allies in danger. Erdogan instantly prepared for bombing raids,  and Bashir al-Assad and Vladimir Putin sent forces into Kurdish territory.

Trump told no one of this, not even his closest sycophants like Republican Sen. Lindsey Graham. He just did it.

When the Pentagon found out, officials were livid. They had several operations planned in the area, including the one to kill al-Baghdadi, where intelligence was being provided directly by Kurdish intelligence officials.

Losing control of the area put the Pentagon in a serious dilemma. According to military officials, as reported by The New York Times, they decided to go with a “risky, night raid before their ability to control troops and spies and reconnaissance aircraft disappeared.” The Times continued that, according to officials familiar with the mission, “Mr. al-Baghdadi’s death…occurred largely in spite of Mr. Trump’s actions.”