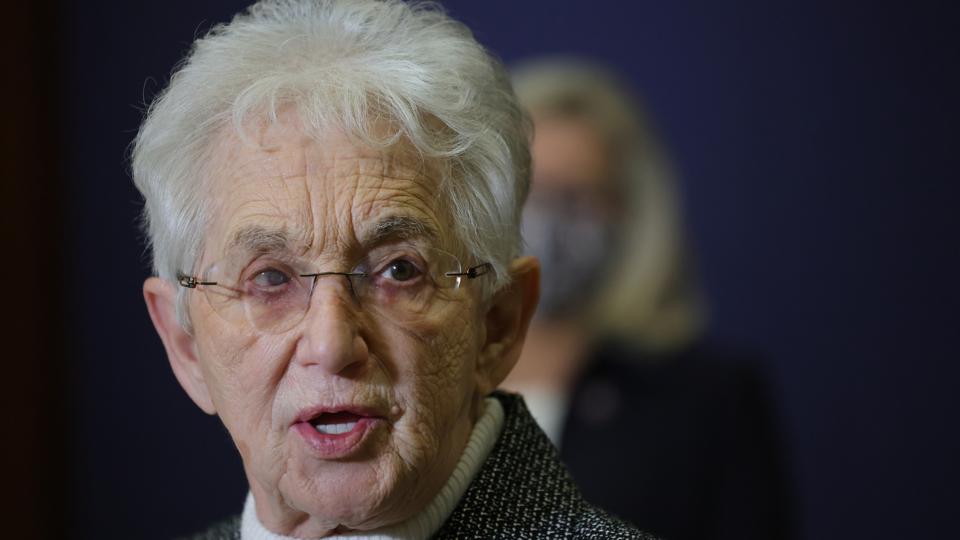 Virginia Foxx is a U.S. representative from North Carolina and not, as you might suspect from her name, a now-bitter original member of Emmet Otter’s Jug Band.

Honestly, I’d never heard of her before. Yes, I’m a politics nerd, but apparently she’s been hiding her light under a bushel basket all this time. Or maybe Matt Gaetz’s head was in the way. Who knows, really? Come out from behind Matt’s shadow, Ginny, and claim your place among the parthenon of perfidious putzes polluting the ‘Publican Party.

Folks, I give you a play in four acts, starring Rep. Foxx. We pick up our story a week after the Capitol riot, a watershed historical event that happened earlier this year but which Republicans are trying to mash down the memory hole. Kind of like Don Jr. flushing burlap sacks full of cocaine after the room service he forgot he ordered finally shows up at the door. (Note: I don’t know that Junior’s actually done this. I don’t even know if he does cocaine. But people are saying. Many, many people.)

(32745)
$348.00 (as of May 17, 2022 07:13 GMT -04:00 - More infoProduct prices and availability are accurate as of the date/time indicated and are subject to change. Any price and availability information displayed on [relevant Amazon Site(s), as applicable] at the time of purchase will apply to the purchase of this product.)