Pramila Jayapal appeared on MSNBC to push back on the lie that progressives caused unexpected House losses.

Congresswoman Pramila Jayapal (D-WA-7), the Progressive caucus co-chair, was prepared for what was ultimately snarky attacks on progressives from the host edged on by a few centrist Democrats. She was ready.

Congresswoman Jayapal first pointed out the obvious. No one expected that so many people in the country would support the most deviant and immoral president in American history.

It really is mindboggling irrespective of one's ideology that there are that many Americans who can support a president that cages children, pay-off prostitutes for their silence, destroy their healthcare, pollute the water and environment of many, including his supporters, transfer the income of the poor and middle-class to his rich friends among a lot of other bad and evil deeds.

Here is a reality; it is the party's responsibility and the individual representative to sell our ideas and policies that are decidedly better. Attempting to be Republican-lite is not the answer. People tend to go for the real thing. Progressives did their part to turn out a lot of people. In fact, incumbents outwardly running on Progressive policies won.

Alexandria Ocasio-Cortez pointed out that she offered help to many Democratic politicians in swing districts to teach them digital techniques. The few that took her up on her offer won. It is not hard to sell our policies if we are willing to do the work consistently

Jayapal made it clear that even as Joe Biden was not the choice of Progressives, for the sake of unity to beat Donald Trump, they did their part. She gave a warning.

“If we say from anywhere in the party that Progressives for losses in some of these Democratic districts,” Pramila Jayapal said. “I fear we will lose people for a generation.”

She then told the inconvenient truth about party affiliation.

“They gave us a chance to make them believe again in democracy,” Jayapal said. “To make them believe that there is a difference between a Democratic Administration and a Republican Administration. We did that. Joe Biden did that as well, but many o us were the translators of the message and the organizers of people on the ground. And it is important for people to understand that these are folks that really, in many ways, are the biggest swing voters. They are not part of the Democratic base. They weren't before. We turned them out. And we need to respect and celebrate that they turned out to help us get Donald Trump out of the White House.” 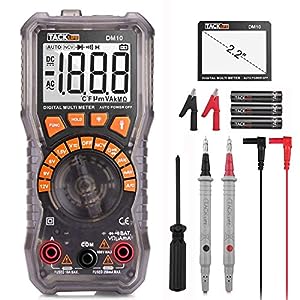