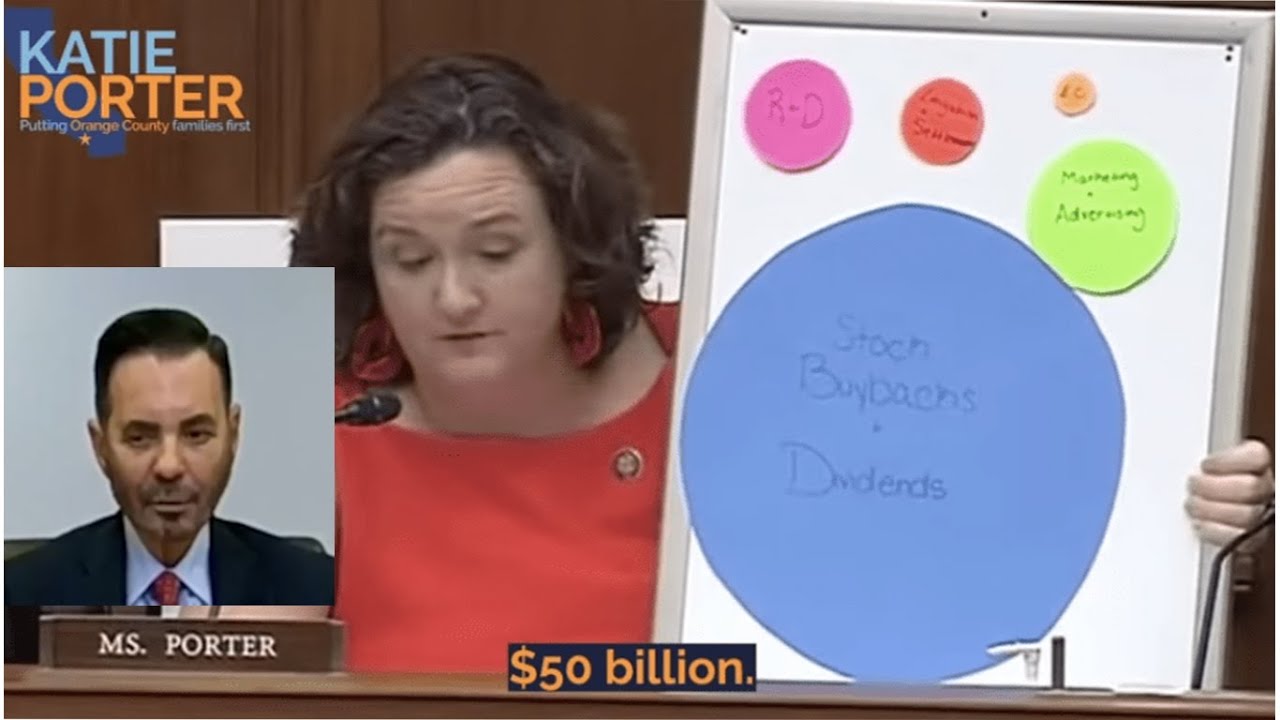 Rep. Katie Porter confronted a CEO about the industry’s lies about why drug prices need to be high with visuals. It’s stunning.

Big Pharma says they need to charge astronomical prices to pay for research and development. Yet, the amount they spend on manipulating the market to enrich shareholders completely eclipses what’s spent on R&D. Today, Rep. Katie Porter confronted a CEO about the industry’s lies with visuals. And it did not go too well for him.

Katie Porter grilled AbbVie CEO, Richard Gonzalez. He was purposely unprepared. The problem is the truth proves that pharmaceutical companies are no more than legalized thieves and swindlers.

Big Pharma companies always claim that the reason high drug prices are necessary are because of research and development and innovation. The numbers identified by Katie Porter prove that it is a lie.

After all, since 2003, AbbVie has raised the price of its drug Humira, which is used to treat rheumatoid arthritis and Chron’s, among other autoimmune and gastrointestinal illnesses, by over 470% with 27 individual price increases, according to the report. AbbVie has earned more than $20 billion in revenue annually for the last three years for Humira alone, making it the pharma industry’s best-selling drug.

The obscenity comes from the amount they spend on stock buybacks and dividends. It turned out to be about $50 Billion. It dwarfs all expenses. This proves that drug companies use pharmaceutical products as the conduit to steal money from most of us and give it to a few for drugs that most times are developed originally by the taxpayers. In other words, we pay to develop the drugs, and then we are robbed blind to use what we originally developed. How much longer are we going to give politicians license to enable the pharmaceutical industry to not only rip us off but ultimately kill us.