Twenty four hours before the hearse  was to arrive to bring the body of Civil Rights icon and leader Rep. Cummings to the Capitol, there was a riot by ridiculous republicans storming a hearing.  The family of Elijah Cummings is in mourning.   Speaker Nancy Pelosi was attending her brother’s funeral.   Democrats on Capitol Hill were trying to get legal and constitutional depositions when the idiotic stunt of republicans ( many who served on the committee) wanted access to a secure facility and have a pizza party.   This is a shame and disgrace regarding respect and even security and certainly not in the realm of normal behavior.

The man who sits at 1600 will probably try to crash the funeral of Elijah Cummings.   Then, again with the eulogy beling delivered by Former President Obama and Former President Clinton, along with Nancy Pelosi speaking, I doubt he can handle the truth and composure of a somber occasion.   He is after all the King of Chaos.  I just wonder which Golf course he will be attending during these days of honor given to a man of character.   I also wonder what chaotic scheme he will gin up for a diversion.

We not only live in interesting times but a cloud of darkness of juvenile mischief and shame by those in the name of leadership   that claim they are proud to be Republicans.   That display of juvenile deliquency and risk to National Security during a grief period with flags at half staff is worse than deplorable.

On Friday, @BarackObama will attend the service for @RepCummings. At Mrs. Rockeymoore-Cummings’ request, he’ll deliver remarks about the remarkable life and legacy of one of this country’s finest public servants.

Cummings will lie in state at the U.S. Capitol on Thursday.

The funeral service will be held in his hometown of Baltimore on Friday.

From the Tampa Bay Times

Michelle and I are heartbroken over the passing of our friend, Elijah Cummings. May his example inspire more Americans to pick up the baton and carry it forward in a manner worthy of his service. pic.twitter.com/lM2rES3PNV

None of us have time to wait to restore dignity to this country.  See this man of wisdom eulogize himself.

My sincere apologies to the family of Elijah Cummings on behalf of the grateful part of the nation for yesterday at his workspace and the disrespect shown to him and all who loved his very presence and leadership.

Sing with the angels and rest Sir.

My favorite version of Amazing Grace. 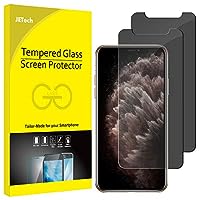