Lately, I feel like the whole world is Green Acres and I’m Mr. Douglas. (I grant you my references are ancient. Is there a more contemporary reference I can use? Something on the TikTok, perchance? I’d ask one of my nieces or nephews, but they’re old, too.)

Anyway, it just feels like the world has gone bonkers since our country chose an untethered Macy’s Thanksgiving Day balloon to represent us on the world stage.

And as everyone knows, stages—even world stages, you benighted cuck!—are flat.

Aaaaaaaannnnnnndddd … so … here’s your piping hot morning mug of what the fuck?

Steven Brandenburg, 46, worked the third shift at Aurora Health in Grafton on Dec. 24 and Dec. 25 when he left vials of the Moderna vaccine out of the refrigerator, which he knew would ruin the doses.

A search warrant shows that Brandenburg, who faces federal charges, believed the Earth was flat along with other theories.

Thanks, Steven, for saving me from the Bill Gates microchip! The last thing I need is a mind-control chip that runs on Windows. If it doesn’t have MacOS Mojave or later, you can just forget about it.

[A coworker] told authorities that Brandenburg thought the vaccine was micro-chipped and would “turn off people’s birth control” and make others infertile. She said he had been voicing his theories for months at work to anyone who would listen, according to the search warrant.

Okay, so maybe a vocal anti-vaxxer who thinks vaccines are part of a diabolical Illuminati plot or whatever shouldn’t be, you know, handling vaccines? It’s a little like hiring a surgeon who thinks every human body contains a hidden Cracker Jack prize that takes countless hours of digging to find.

Oh, and then there’s this part. The coworker who talked to investigators about Brandenburg said he was “very engaged in conspiracy theories.” Not only does he think the Earth is flat, he also claimed the sky is actually just a shield the government put up to keep people from seeing God.

Now, I don’t necessarily fault Aurora Health for missing this on their background checks, but you’d think the microchip stuff and the super-secret God shield might come up in a performance review at some point.

We’re surrounded by these people now. Hey, let’s be careful out there.

”This guy is a natural. Sometimes I laugh so hard I cry.” — Bette Midler on author Aldous J. Pennyfarthing, via Twitter. Trump is gone, but the righteous mocking goes on forever. Thanks to Goodbye, Asshat: 101 Farewell Letters to Donald Trump, Dear Fcking Lunatic: 101 Obscenely Rude Letters to Donald Trump, Dear Prsident A**clown and Dear F*cking Moron, you can purge the Trump years from your soul sans the existential dread. Only laughs from here on out. 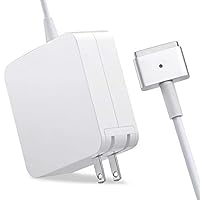