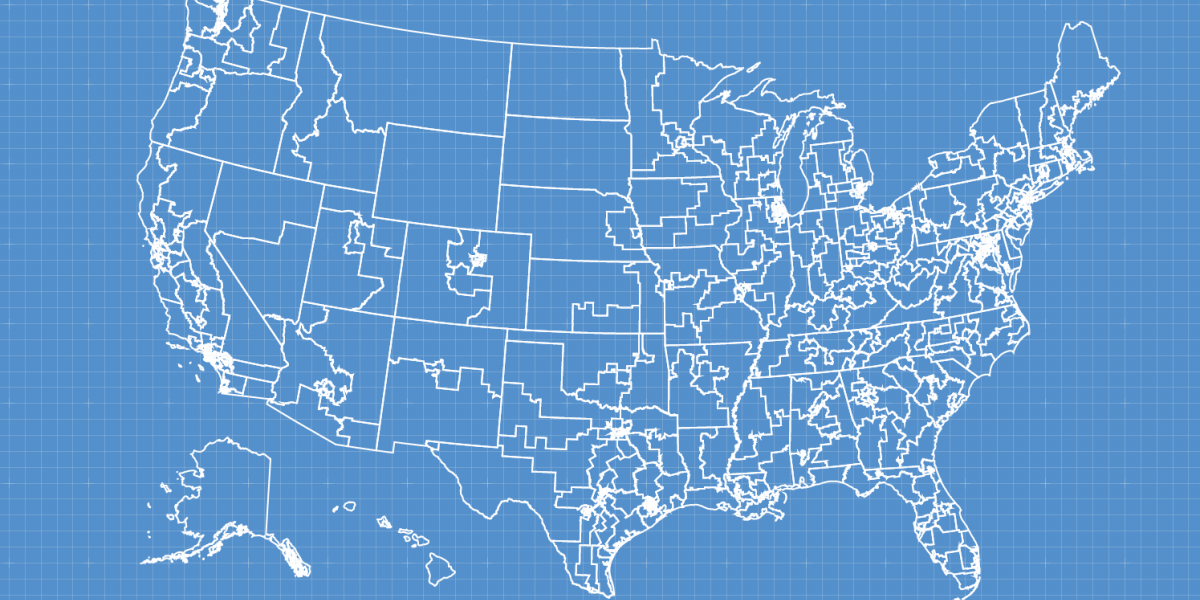 The addition of the 1982 amendments to the Voting Rights Act was a turning point in terms of minority representation. Redistricting is the process of drawing electoral district lines every ten years intended to bring about racially proportional representation. While its purpose was to give weight to minority votes, it set the stage for a number of unprecedented and ironic consequences that contradicted the original purpose of the 1982 amendments itself.

These amendments to voting laws manifested a dramatic shift in approach to fair representation, by changing tactics. While efforts previously were mobilized to encourage minority voter- turnout, and to increase the opportunity and access to vote, focus was shifted to a more outcome-oriented plan to strengthen the impact of a minority vote. “Instead of mandating a fair process, the 1982 Amendments to the Voting Rights Act mandated that minorities be able to “elect representatives of their choice” when their numbers and configuration permitted. This shift meant that the legislative redistricting process had to avoid discriminatory results rather than only being concerned with discriminatory intent.” (Canon, 1) This change in objective and procedure was bound to cause a change in representation.

African American representation changed historically in the U.S. House and State Legislatures. “The growing number of African-American state legislators on key committees with oversight of election and redistricting issues—by one account, 17 percent of all black state legislators in 1992 served on such committees—significantly boosted black electoral prospects in the early 1990s.” (Redistricting, 1) More than ever seen before, African American representation was at its highest. Representation increased to “16 Representatives and one Senator, and 13 of the 16 newly elected black House Members were from districts that had been redrawn for black majorities.” (Redistricting, 2)

New districts were created in the South to represent minorities- especially African Americans. The shapes of the districts were absurd due to forming district lines to allocate the appropriate number of minorities in each district. “Thus, the creation of fourteen new black majority districts in the South in 1992 gave blacks a realistic opportunity to elect African Americans politicians for the first time since Reconstruction” (Canon, 12) States like Florida, Georgia, Virginia, North Carolina and Texas benefitted from this by gaining 4, 1,1,1 and 3 seats for minority representation respectively.  Florida added a new Latino seat which was compacted by 70% Latinos. This showed gaining representation on behalf of other minorities as well. However, even though there was a hunger and desperation for change from minorities, states were resistant; the outcome wasn’t always as hoped.

Many states suffered democratic losses in spite of redistricting. This is ironic because African Americans are more likely to vote democratic, therefore, even though they gain representation, it’s unlikely that the democratic ideals that most African Americans favor, would win against the larger number of Republicans elected. “The cost of black-majority districts for black representation is not only that Republicans will win more seats, but also that Democrats who survive will have fewer black voters and therefore not be as sensitive to their needs” (Canon, 12) For example, Alabama introduced a new seventh district with a 68% African American population. Although district seven gained an African American representative, two additional republicans won. This is because since the African American population was designed to be concentrated in one area, there were less percentage of democratic voters in, therefore, the democrats lost in district 6 and district 2. Like Alabama, Louisiana also lost a house seat. States like Mississippi and South Carolina had redistricted, however, there were no changes in the number of seats. This showed a clear need for a change in district lines to allow for minority representation. With the limited number of African Americans put into a few districts, the surrounding districts became more white in terms of percentage. The votes of white Democrats, and white democratic representation was greatly diluted. Most democratic districts contained high numbers of African Americans who usually voted democratic. Removing them from other white districts made the white democratic the few that voted democratic in that district. Many seats were filled by minority Democrats instead of white Democrats. The intricate, complex system caused the Democratic party to walk the fine line with regards to redistricting, while the opposing party—the Republican Party—took advantage of the strains that ensued.

Republicans publicly supported redistricting African Americans into the same district to ‘increase black representation.’ However, their primary objective was to draw district lines in a way that would greatly dilate minority votes. A dangerous, unintended consequence of redistricting came into play: racial gerrymandering. The two broad techniques to achieve this goal were called packing and cracking. One tactic was to pack high populations of African Americans into the lowest number of districts possible. This meant that even though those districts would likely be democratic, the high number of districts populated by a majority of white people would vote republican. This maneuver —known as packing—not only gave republicans a win but also saved face in public by defense of African American representation. The other method, cracking, was used to spread African American votes across districts to ensure a Republican victory. With, less percentage of democratic voters in each district, the Republicans were sure to gain seats. Evidence of the far-reaching consequences of racial gerrymandering by the Republican party were seen in later years.

The Republicans used a master of drawing district lines to further their aims known as Thomas B. Hofeller. While uncovering his documented actions (after his death in 2018), the extent of his heavy involvement to construct lines in Texas in 2011 was mind boggling. ““I can give you about .8 percent increase in SSVR within Austin only,” Mr. Hofeller wrote in an email, using an abbreviation that denotes residents with Spanish surnames. With a few keystrokes, Mr. Hofeller apparently was shuttling 30,000 mostly Hispanic residents from a Republican district west of Austin into a Democratic one.” (Wines, 3) He was the dominant reason for Republicans winning a lot of states including North Carolina which he deemed ‘his specialty”. He often boasted by his unique ability to determine elections. He said, “Redistricting is like an election in reverse. It’s a great event. Usually the voters get to pick the politicians. In redistricting, the politicians get to pick the voters.” (Chang, 2)

Despite the transparence of the use of racial gerrymandering, appallingly, little was done to stop the stealing of votes. This was likely due to the limited evidence found during the time he was redrawing lines, and also because of the high burden of proof to prove an election was fraudulent. The irreversible effects of his actions are still seen today through less minority representation.

Although being a part of the majority party has considerable benefits, I believe increased representation, but being in the minority party controlling the legislative chamber would be more beneficial. This is because of the strong evidence against the ‘no racial differences hypothesis’. “While white members certainly can represent black interests…the white members in the 103rd Congress who represented districts that were at least 25% black did not show much interest in racial issues.” (Canon, 200) Although African Americans have a big hand in electing these officials, after assuming office these officials choose to concentrate on the majority of their district —the white population—to increase the prospects for reelection. Therefore, I believe that have minority representation would further minority interests that led them to be elected. Achievements can still be made while being in the minority party. For example, although in 2013 Democrats had a 33- 30 majority in the New York State Senate, the Republicans got their win due to control of the legislative chamber. “Republicans built a coalition with the Independent Democratic Conference (IDC)—a small group of Democratic senators dissatisfied with Democratic leadership at the time—to create a narrow majority.” (Minority, 2) Minority representatives could align themselves with independents, members of the Black Caucus and Congressional Caucus for Women’s Issues regardless of political parties to advocate for racial issues that issues that might regard minority women.

Due to the drastic consequences of redistricting, and the struggle to prove the use of illicit tactics, I believe the provision does more harm than good. I understand the importance of introducing it in a time that needed radical action, but after examining recent events I am not convinced that it should still be in place. It was not to long ago that elections were stolen without any successful attempt to put a stop to it. A better system should be put in place that implausible that anyone would doubt the intricate voting system we call a ‘democracy’.