If the expected Bluewave rushes over the levee of American politics and washes away the dirt of tyranny; are we looking at a red-secession? If you listen to the massing voices of Republican discontent, war is coming. Story after story is highlighted daily of some Army-surplus-store-toy-soldiers threatening to take to the streets if Mr. Trump is ‘cheated’ out of what they think is his rightful place as the King of America. Ironically, they point to law and order, patriotism, and the loss of freedom as the reasons. Recently they have new allies, the courts.

Mr. Trump once summoned his make-believe magic powers and called upon the police, military, and bikers to take up his cause if he loses the election. “I can tell you I have the support of the police, the support of the military, the support of the Bikers for Trump – I have the tough people, but they don’t play it tough — until they go to a certain point, and then it would be very bad, very bad,” Trump told Breitbart News in March of 2019. No, I do not believe the police will become the Gestapo, or the leaders of the Armed services will allow it to become the German Schutzstaffel. What is more dangerous is a carefully crafted set of appointed federal judges becoming tools of the government because that carries with it, some irrevocable powers.

In less than two weeks, courts have decided and potentially eliminated hundreds of thousands of legal votes by effectively eliminating grace periods for mail-in ballots that arrive late, even if postmarked by November third. One such place is the battleground state of Wisconsin. Under the direction of the Trump administration, Michael Cohen told us the boss does not have to give the order because it is understood, multiple states are being sued to prevent the basic rights of citizens, voting. Republicans rely on suppressing the vote because Democrats outnumber Republicans, and they cannot win a plurality with their ideas.

Denying affordable healthcare, calling climate change a hoax, voting for tax cuts for the rich, rejecting a women’s rights to choose, fighting against LGBTQIA rights, and now a plurality favor Black Lives Matter. Seems like the exclusivity of power is no longer the will of the people at least not the will of an increasingly blacker, browner, and younger populace.

Maybe all the talk about economic anxiety and loss of rights is a code word for the changes white supremacists and neo-Nazis do not like. If neo-Nazis sounds too extreme, remember a group of shorn young men marched with Tiki torches on an American street proudly shouting, “Jews will not replace us!”  Let us talk about some truths:

Comparing Joe Biden’s character and Donald Trump’s character is a no brainer—point Biden.

I guess honesty falls under character so pardon me for repeating myself—point Biden.

When Biden headed the Swine Flu pandemic team, we were not wearing masks, 14 million jobs were not loss, businesses were not permanently shuttered and I could shop and watch sporting events without fear that men and women might die in the following days—point Biden.

Character, honesty, and competence seem like some pretty good reasons —270 Electoral points (at least) Biden. By the way, Biden will not call for an Insurrection if he loses, oh yeah… another character point. 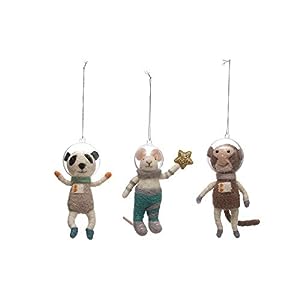