The study of national effects is also about subnational regions as comparing NYC to California and Washington shows the relative effectiveness but also some of the problems of density. 2020-2021 will be about subnational, regional recessions. The question will be how largely blue state urban concentrations recover from the pandemic(s).

The U.S. population is growing at its slowest pace since 1919, new government data shows, as a drop in births and an acceleration in deaths last year put the country closer than ever to an overall decline.https://t.co/eNu24kQ0El

Countries Will Likely Suffer a Recession This Year Due to Coronavirus

SINGAPORE (Reuters) – Singapore’s economy shrank 2.2% in the first quarter from a year earlier, preliminary data showed on Thursday, its biggest contraction in over a decade as the coronavirus outbreak prompted the city-state to plan for a recession.

The grim data is likely to add to fears that the global economy will contract in the first half of the year. Singapore is one of the world’s most open economies and one of the first to report quarterly growth data since the virus spread from China at the start of the year.

The drop was biggest drop since the 2009 financial crisis and was below economists’ expectations in a Reuters poll for a 1.5% drop.

There will be a Ã¢Â€Âœvery sharpÃ¢Â€Â recession in the next quarter or two, former Fed Chair Ben Bernanke said this morning. Ã¢Â€ÂœYouÃ¢Â€Â™re going to see some really scary numbers.Ã¢Â€Â https://t.co/nXMJosG9m3 pic.twitter.com/8IjFtpg5HK

There is obviously political work to be done during this crisis. We must not shun the idea of pushing the situation into a better direction – indeed, it’s essential that we try. But if we want to make this more likely, it’s crucial that we don’t get carried away with the idea of crises as merely moments of opportunity. Fundamentally, we must remember that we are not in charge of the course of events. The far-right are. And it’s crucial that we focus on what distinguishes our politics from theirs, rather than spend too long celebrating our newfound common ground: that we fight the next political argument and not the last one. In this context, we must constantly keep coming back to the question of who is winning and who is losing; who is being protected and who is being blamed. In short, how will this reshape power relations, and whose side are we on? How can we counter the actual enemy we face – an unholy alliance of racist authoritarian nationalism and disaster capitalism – rather than the imagined enemy of last-decade austerity neoliberalism? Fetishising state intervention, at a time when right-wing authoritarian governments are presiding over emergency measures – however necessary they may be for public health – may look with hindsight like a catastrophic historical mistake.

Many on the left have argued that the current crisis could lead to the conditions for a new socialism to emerge from the ashes. Christine Berry argues the conditions that are emerging could well play into the hands of a renewed far-right. @oeuflinghttps://t.co/uJlC2N9bLz pic.twitter.com/OPekc3y4bL

Before we can seek to rise to the present moment, the left needs to realise, and very quickly, that it is no longer competing with small-state neoliberalism. Across the world, it is competing with a new breed of right-wing nationalism – sometimes coupled with neoliberalism, to be sure, but sometimes quite happy to countenance state intervention if it helps cement their electoral coalitions. If this crisis may be creating some of the conditions for socialism, it is also accelerating many of the conditions for fascism. It shouldn’t need spelling out, but fascism does tend to involve quite an economically interventionist state. And if it is normalising state intervention, the crisis is also normalising draconian border controls and restrictions on daily life. It is normalising emergency legislation banning everything from mass gatherings to teachers going on strike. It is normalising the belief that government knows best and everyone else should just fall in line. While a global pandemic clearly demands a global response, with Donald Trump in the White House it is instead lending itself to xenophobia and small-minded nationalism. Instead of just focusing on the scale of Boris Johnson and Rishi Sunak’s interventionism, we should be looking at Trump talking about the “Chinese virus”, pressing the pandemic into service to shore up support for his border wall, or trying to negotiate exclusive American access to vaccines. We should be looking at the refugees and migrants abandoned by the authorities or trapped in camps in France, Italy and Greece. We should be looking at the rise in racism towards Chinese people and attempts to scapegoat migrants for the pandemic. 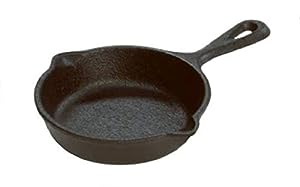