When Graham managed the Clinton impeachment, secondhand information from Linda Tripp was a premise, because she wasn’t present when sexy times occurred in the WH. Yet Graham uses that hearsay talking point to defend Trump.

Dear Senator Graham:
Senate rules call for the use of hearsay in impeachment, in that committees hear the testimony and report back to the full Senate. It even went to the Supreme Court!https://t.co/fr65EJ3i9d

Senator Graham, do you mind posting your comments in 1998 objecting to using Linda TrippÃ¢Â€Â™s hearsay allegations as a basis for investigating Bill Clinton?

Beyond the fact that Graham and the GOP had little trouble impeaching Clinton on Linda TrippÃ¢Â€Â™s second-hand info, the allegations now are in the document released by the White House ITSELF. Trump *himself* told us he did this! He said he ordered the Code Red! https://t.co/cZkIdj3T27

Senator Lindsey Graham tweets to defend Trump on “hearsay” and the name “Linda Tripp” lit up on social media https://t.co/CfMu8RX1kx 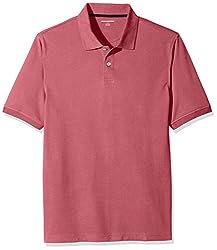