The winning formula is based on multiple distractions because even Trump’s daily brief seems to now have become a hoax. The problem in any time of iconoclasm, waging a propaganda war at the level of symbolism eventually must come to a moment where one consciously recognizes material reality.

The plan is to win reelection by denying the existence of coronavirus while fomenting a race war.

By pushing the Russia bounty story, Trump is masterfully distracting us from debating his incompetence to highlighting his treason

In the middle of a global pandemic with millions of Americans filing for unemployment, nationwide protests over police killing Black men, news of Russia paying bounties to Taliban who kill our soldiers, this tweet is what the President is up early thinking about. https://t.co/boNMmw7sz0

Work smarter, as they say. https://t.co/zmYwoLLyBY

It’s impossible to deny the anger of the moment and the desire to right a wrong. The irony is that if all statues fall or are destroyed, the most public reminders of systemic brutality could disappear. Erasing sculptures does not start a conversation, but it usually ends one.

Statues are among the most problematic of all objects because they designate heroes, instill narratives, and project power. Yet, Justin Jampol writes that tearing all of them down is not the answer. https://t.co/YrKUCWketZ

The Black Lives Matter movement is not new, but its widespread support is a recent phenomenon. According to recent New York Times polling analysis, the Black Lives Matter movement has broad public support that it did not have in 2017 and 2018. Attitudes about whether racism and discrimination are “are a big problem” have followed a similar pattern (76 percent of Americans now agree). The wider the distance between what was and what is, the more the statues will be targeted for demolition and removal.

Those whom authorities once celebrated as heroes are now being challenged and contested like never before. Removing statues from their pedestals or taking an ax to them are newsworthy images and make protesters feel like they’re winning, but the inevitable question is, “Then what?” When physical remnants of a difficult past are erased, it doesn’t make the underlying problem just go away.

In fact, it’s often the opposite—erasure of such public reminders of repression makes it even more difficult to keep the discussion in the spotlight, scoring points for symbolic victory while preventing more lasting systemic change.

Imagine if the trump administration spent as much time protecting the American people from coronavirus as they did protecting the dumb statues. https://t.co/ESwgnvk2ZY

Ã¢Â€ÂœNo corroborating evidence to back reports.Ã¢Â€Â Department of Defense. Do people still not understand that this is all a made up Fake News Media Hoax started to slander me & the Republican Party. I was never briefed because any info that they may have had did not rise to that level

Today’s going to be a tweet-fest:

No public or press events on Pres Trump's schedule again today. He has a private lunch with @SecPompeo. “Gang of Eight” Congressional Leaders invited to WH this morning for briefing on Russian bounty reports, even as Pres Trump tweets that it's “made up by Fake News.”

Obama/Biden: Pulled us out of a historic recession. Saved the auto industry. Booming stock market.

We can expect a record 2021 because @JoeBiden will be president.

The WH says President Trump has been briefed on the alleged Russian bounties to kill U.S. soldiers. And, the WH is planning to brief the Gang of Eight on the issue today. But, Trump is calling it all a hoax. https://t.co/Ez4qsYewgq

Darn that news media, now there’s a shake-up in the Trump campaign because of expecting bigly crowds in Tulsa.

Trump campaign chief operating officer Michael Glassner, who had been heavily involved in planning the president’s rallies, has been replaced by Trump's 2016 Arizona chair Jeff DeWit, a major shakeup at the top of the president’s campaign following the Tulsa rally debacle and four months from Election Day, multiple sources tell ABC News.

According to the Trump campaign, Glassner, who has worked on the president’s campaign since 2015, will have his role shifted to focus on the campaign's many lawsuits heading into the fall.

The shake up and Glassner’s reassignment are in part a result of how badly things went in Tulsa, sources tell ABC News. 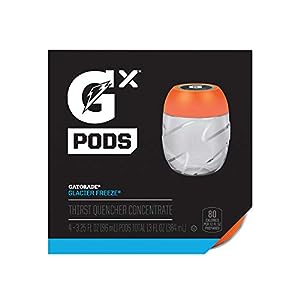