A friend/neighbor was walking through the trails in our Kingwood, Texas neighborhood and came across an epithet that clarifies Trumpism & Racism are alive & well in our town.

I received a call this morning from Dr. J. Theis. Our paraphrased discussion went something like this.

“Egberto, I am in the trails close to your home and came across an N-Word epithet spray-painted on the trail,” Dr. Theis said. “Had you seen it? I sent you a text with it.”

“Doc, I haven’t used those trails in a while, “ I answered. “I got your text and thought it was on a tree and was going to call you.”

“My wife suggested I call the police,” Theis said. “So I am waiting for them. They said they would be here.”

Dr. Theis’s wife happens to be African American. I think that she wanted the police called to ensure there was a record on file that illustrates that this kind of hate happens in a community that tends to think while Conservative is enlightened in all aspects of life. Of course, this is the same community from which I have received a ton of hate mail and where my home was firebombed, likely for my outward progressive posture.

I have little faith that the police care much about these issues as their actions in society in the aggregate are probative. Well, after waiting over an hour, they never came. Dr. Theis said he would contact them again to at least make sure there is a record.

This could be a child prank, a frustrated adult, or anything in between. But there is an intent to spray paint a well-traveled path in a subdivision with less than 2% black people in it.

Dr. Theis, who has lived in Kingwood, Texas, for quite a while, said that it is just in recent times that he has seen this type of racial epithets spray painted. I’ve lived here for over two decades, and in the past, the racism and prejudice had been much more subtle than it was under the Trump era and the remnants thereof. I guess it is two steps forward and one step back. Progress is not always a straight line.

We discuss these issues among many from an economic and social perspective on Politics Done Right. Theis’s narrative is important, especially to those who continue to be hoodwinked by a wealthy class that continues to misdirect their minds with a false narrative of who is to blame for this country’s ills. 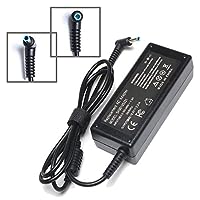