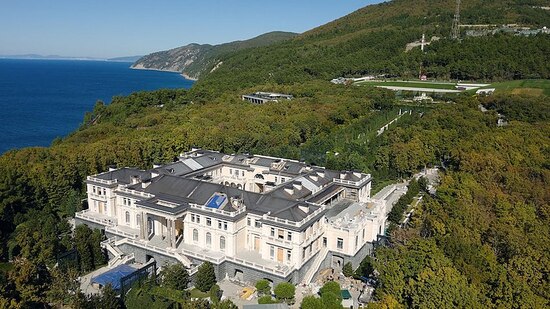 Lots of events happening even if they’re all quite chaotic in the Russian Federation. Numerous anti-Putin demonstrations in the middle of winter. and some mysterious doings.

Considering how long Trump was groomed, there are very few Trump-like Russian stooges in the wings although Rand Paul, Ron Johnson, and Devin Nunes come to mind.

Frank Figliuzzi nails it: How to stop Russia from recruiting the next Trump https://t.co/A9PexTmO4K via @msnbc— Craig Unger (@craigunger) February 2, 2021

A new book provides fresh details and further confirmation of a Russian intelligence service grooming former President Donald Trump as a potential asset. These revelations raise the question of whether a suspected foreign asset could ever again rise to high office. Spoiler alert: It can — and will happen — again, unless voters demand changes to how America publicly vets candidates for elected office.

Trump has new lawyer, he represented the mob in US, Israel and Russia #NoCoincidences

Russian doctor who treated Navalny after poisoning has died suddenly in the intensive care unit where Navalny was treated. Reports say his blood pressure shot up to 250 suddenly, before he died of a heart attack https://t.co/qvzoTPBxMN

On 30 January 2021, the billionaire Arkady Rotenberg, who has close links to Putin, said that he had purchased the estate “a few years ago.” He also said that the property when completed would become an apartment hotel.[6][5]

Within 24 hours of its release to YouTube, the video reached 20 million views and within a week, 93 million, making it the activist’s most popular investigation. After Alexii Navalny’s arrest pushed thousands of people to protest in more than 100 cities across Russia on Saturday, demonstrators waved toilet brushes in the air. Police detained 3,711 people over the weekend, according to Moscow-based NGO OVD-Info, sparking international condemnation. TIME looked into how the investigation unfolded:

The idea to look into the Gelendzhik property came to Navalny a few days after he woke up from a coma in Berlin in early September, Maria Pevchikh, head of the investigations department at FBK tells TIME over the phone from her home in London on Monday. Pevchikh and FBK investigator Georgy Alburov began their research a few weeks later, while Navalny dug out leads as he was recovering in intensive care and wrote the video’s script. “I can’t say we started from scratch,” says Pevchikh. She and Alburov have been uncovering dozens of corruption scandals with FBK for over a decade. They knew where to look. “So many stories have somehow overlapped in terms of how Putin manages his corruption,” she says.

Putin-insider-turned-whistleblower, Sergei Kolesnikov, also laid some of the foundations for the investigation. Kolesnikov said he was responsible for building the property from 2005. Originally conceived as a “small house”, it started morphing into a “huge palace,” Kolesnikov tells Navalny in the video. Kolesnikov fled from Russia after publishing in 2010 an open letter calling on then-President Dmitry Medvedev to end Putin’s corruption, wherein he divulged how the palace came to be. “The debilitating corruption and greed plague millions of Russians,” he wrote. In the decade since, there have been no large-scale leaks about the residence.

But in the past few years, FBK had received snippets of leaked information about the palace, such as photos and a floorplan. Pevchikh says the documents came from a few of the thousand workers involved in constructing extensions to the palace, despite the fact that their phones were banned on site. “I think those who were building the palace passed the threshold for being able to contain the information,” she says.

Trump’s first foreign policy statement in 2015 put out disinformation about Crimea, the south of Ukraine that Russia had invaded. The only resolution at the RNC in 2016 was against supplying weapons to Ukraine so it could defend itself from Russia. Unmistakably #PutinAtWar

Ukraine has now confirmed what a disaster Rogue Rudy was in Trump’s efforts to get Zelensky to investigate Biden’s son if Ukraine wanted military equipment to be secure from Russia and Putin – https://t.co/vkoJp8UjED

(32703)
$348.00 (as of May 16, 2022 01:59 GMT -04:00 - More infoProduct prices and availability are accurate as of the date/time indicated and are subject to change. Any price and availability information displayed on [relevant Amazon Site(s), as applicable] at the time of purchase will apply to the purchase of this product.)