“Russian President Vladimir Putin has sat down in Sochi with visiting Turkish President Recep Tayyip Erdogan for talks on Syria.

Putin welcomed the Turkish leader in the Black Sea resort on Tuesday, saying their meeting is very important in the current tense situation in Syria. He noted that a high level of Russia-Turkey cooperation should help find solutions for the complex issues…

…The Kremlin says Turkey needs the Syrian government’s permission for the deployment of its forces on Syrian territory, indicating Moscow is hoping for Ankara-Damascus talks amid the Turkish invasion into northeastern Syria.

Kremlin spokesman Dmitry Peskov emphasized that only Damascus could authorize a legitimate presence of Turkish troops on the territory of Syria. Ankara has so far rejected any notion of direct Turkey-Syria talks about its actions.

Quoted in the article also are Syrian president Bashar Assad and vague “Iranian officials” who are, of course, opposed to Erdogan’s mucking about in Syria.

Notably absent is any mention of the U.S. *resident who spent yesterday upchucking a 13,000 word Cobb salad of idiotic Fox News conspiracy theories.

Thanks to the easy lob pitched to him by drumpf, Putin is now set up to present himself as the protector and savior of the Kurdish people… as soon as he and Erdogan decide how big of a piece of Kurdish territory will be ceded to Ankara – over the objections of Russia’s allies, Syria proper and Iran.

If you have the keys to the kingdom there is a another article on the meeting at The Wall Street Journal...

I read about all I could stand at the Sun Herald. 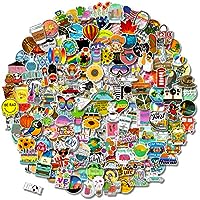