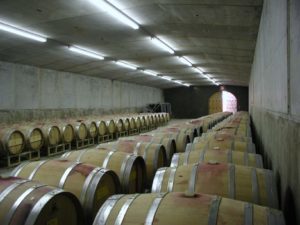 Today was a weird day as the Trump campaign tried to accuse minority whip of advocating an IMPOTUS lynching, reminding us of the George W. Bush campaign's use of push polling to plant the idea that John McCain had a secret, illegitimate black child.

Like the CT of pedophile rings in the basements of pizza parlors prompting an actual firearm incident, the truth perhaps lay in diverting attention from the actual trafficking activities of Jeffrey Epstein.

Malign media framing is only going to get worse as the 2020 election approaches. The business media touts’ discourse infects MSM messaging.

The reality is that the Trump family owns a winery and not a brewery, and that the 1% are bipartisan in their political contributions. The difference is that IMPOTUS is the national poster-child for immoral pretensions.

NEW: The shady AF history of that “wine cave” Ã¢Â€Â” and the couple who owns it https://t.co/Sv9iqG5onx— Noah Shachtman (@NoahShachtman) December 20, 2019

Lawrence Kudlow firmly denied that the United States would enter a recession in 2007, or that it was in the midst of a recession in early to mid-2008. In December 2007, he wrote: “The recession debate is over. It's not gonna happen. Time to move on. At a bare minimum, we are looking at Goldilocks 2.0. (And that's a minimum). The Bush boom is alive and well. It's finishing up its sixth splendid year with many more years to come”.[46]

…. By July 2008, Kudlow continued to deny that the economy was looking poor, insisting that “We are in a mental recession, not an actual recession”.[45][48] Lehman Brothers collapsed in September 2008, creating a full-blown international banking crisis.[45]

Oh dear – obama took the Great Recession and turned the economy around. Trump inherited a good economy and hasn't [email protected] it up…yet, although it's slowing down.https://t.co/q3UeeerUo3

(28)
$19.99 $9.99 (as of May 19, 2022 06:16 GMT -04:00 - More infoProduct prices and availability are accurate as of the date/time indicated and are subject to change. Any price and availability information displayed on [relevant Amazon Site(s), as applicable] at the time of purchase will apply to the purchase of this product.)