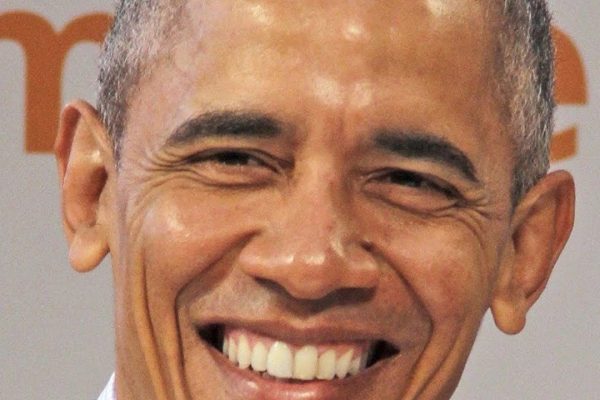 President Obama recently in a room of wealthy Liberal donors called out Progressives for wanting transformational change. He implied it was unrealistic.

Thus far, Obama had stayed out of the Democratic Primary Process. He should consider continuing said refrain as coming out as an anti-progressive will activate many progressives, who out of necessary pragmatism then, were quiet to his centrists moves that made him a much less transformational president than he should have been given his winning margin and his “Hope and Change” narrative.

Obama, Progressives are the ones with sustainable and realistic policies.

The imagined visuals of the following from the New York Times are bad enough.

Yet, he also raised concerns about some of the liberal ideas being promoted by some candidates, citing health care and immigration as issues where the proposals may have gone further than public opinion.

While Mr. Obama did not single out any specific primary candidate or policy proposal, he cautioned that the universe of voters that could support a Democratic candidate — Democrats, independents and moderate Republicans — are not driven by the same views reflected on “certain left-leaning Twitter feeds” or “the activist wing of our party.”

“Even as we push the envelope and we are bold in our vision we also have to be rooted in reality,” Mr. Obama said. “The average American doesn’t think we have to completely tear down the system and remake it.

”The comments marked an extraordinary entrance into the primary contest by the former president, who has been careful to avoid even the appearance of influencing the direction of the race.

His remarks offered an implicit critique of Senators Bernie Sanders and Elizabeth Warren, who have urged voters to embrace “political revolution” and “big, structural change,” as well as proposals once widely considered to be left to the liberal fringes of the party, including court packing and decriminalizing illegal border crossings.

If being on the fringe means following international law, and providing the American people the social safety net they say they want according to every poll, then we accept the moniker. It speaks to our values.

President Obama spoke about Ronald Reagan as a transformational president. He was absolutely correct. Reagan came into power with a bold and aggressive agenda and he implemented it. Only after passing his bold agenda did he later compromise at the edges. I discuss this in detail in my book “As I See It: Class Warfare the Only Resort To Right Wing Doom.”

The Republicans wanted a multitrillion-dollar tax cut for the wealthy. We all knew it would blow the budget. Where were the centrists hammering as they are the sensible progressive policy now? Where were the wealthy liberal donors?