This is my third diary on this topic. Each time I said I expected Bernie to stick it out through the debate and the March 17th primaries, and then he would leave the race. There were two reasons: First, he wanted to push Biden more to the left, and second, he wanted to show his followers he had fought the good fight and moved the country forward, but now it was time to unite and get rid of Trump.

Now the Washington Post has put up this story, about 2 hours ago: Campaign signals Sanders may be open to exit:

Bernie Sanders signaled Wednesday that he was open to ending his presidential run after another round of landslide losses to Joe Biden, and new signs emerged of communication between the two camps as some Democrats hoped for a swift end to a bruising primary.
Sanders campaign officials said the senator from Vermont planned to leave Washington and return home, where he and his wife, Jane, would talk to supporters and determine the future of his presidential run. The campaign also suspended its Facebook ads and, uncharacteristically, made no request for donations in an email to backers updating them on the situation.

This isn’t the first signal Bernie has sent since Tuesday. On Tuesday night, after the polls had closed, he made no statement. Today, when reporters confronted him about the race as he arrived at the Capitol to vote on the COVID-19 package, he rather angrily (TRMS even had to bleep out a word) told them his main concern was the pandemic, and it should be theirs, too.

Joe Biden did make a speech Tuesday night, which I watched. He sounded presidential, talking as much about the health crisis as about the campaign, and he was gracious to Sanders and his voters.  “Let me say, especially to the young voters who have been inspired by Senator Sanders, I hear you. I know what’s at stake. I know what we have to do.”

The two campaigns “have been in regular contact at a senior level” since last week to discuss how the coronavirus pandemic is affecting the campaigns, [Biden deputy campaign manager Kate] Bedingfield said in a statement to The Washington Post, “as well as to discuss both Vice President Biden’s and Senator Sanders’ ideas on policy responses to the virus.”
She added: “While the two campaigns obviously have their differences, they are working together to try to promote the health and safety of their teams, those who interact with the campaigns, and the American people.” Sanders communications director Mike Casca confirmed her characterization of the talks.

Bernie can be hotheaded and stubborn, willing to stick to an absolute principle even if that means that, instead of getting half a loaf, he doesn’t even get crumbs. But he can be a realist and, yes, a team player — he’s on Chuck Schumer’s leadership team. There are several factors I see at work here which will lead him to call it quits and throw his support to Joe Biden:

OK, it’s possible I’m making Bernie out to be more reasonable than he is. He did get angry and testy at the Sunday debate, and there a lot of committed people who would follow him to hell. But I do think that, deep down, he understands what’s at stake now. 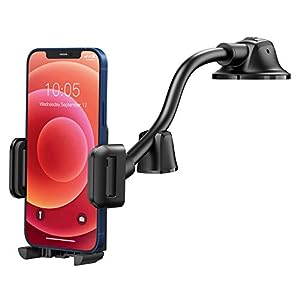