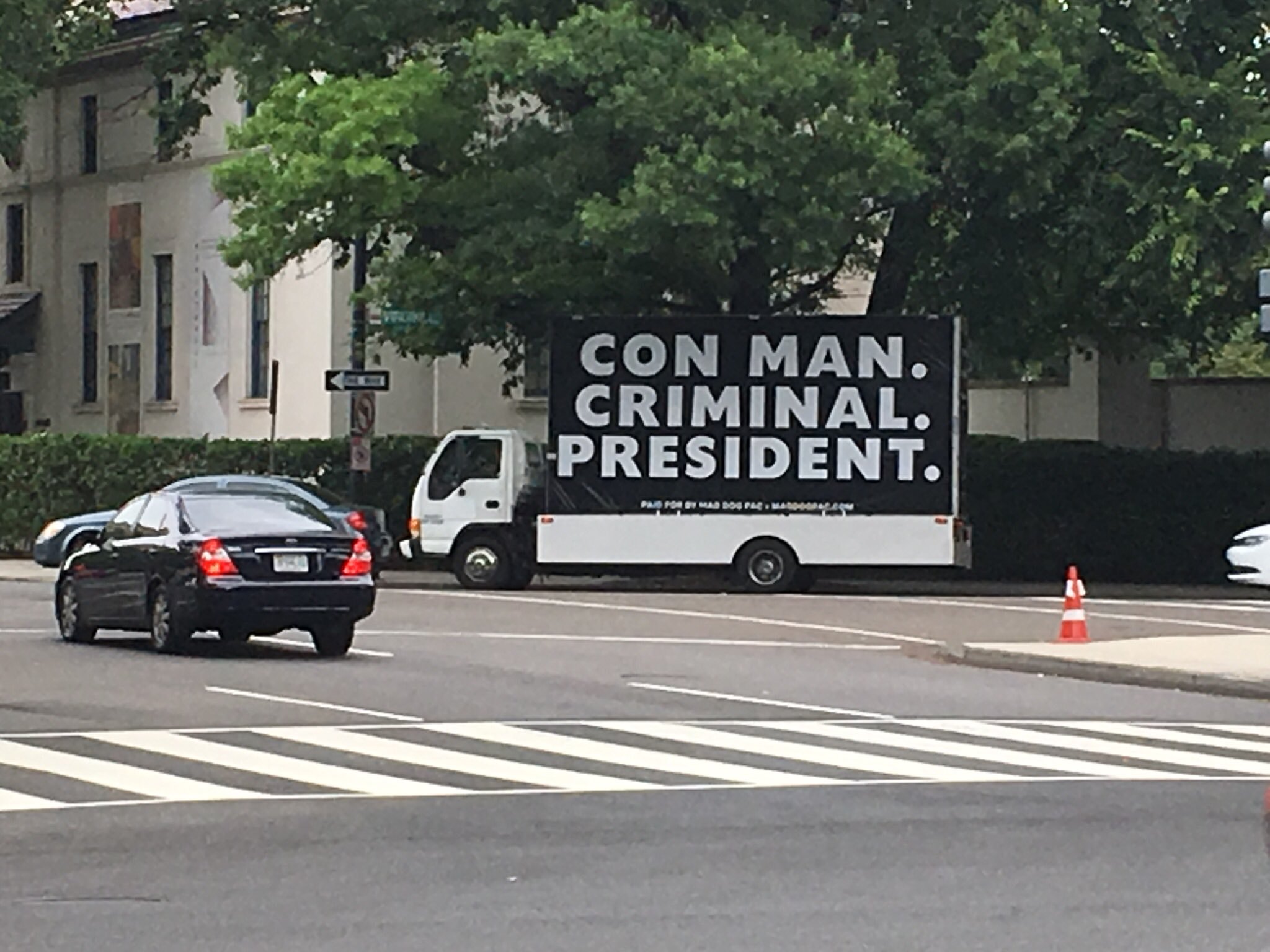 Trump’s narcissism could compel him to want to appear in his own defense before the Senate during his impeachment trial. Needless to say, that would be foolhardy and an historical spectacle, BUT WHAT RATINGS!

We know that in the Mueller matter, Trump’s lawyers managed to prevail in preventing Trump from being interviewed because he would have been an “unreliable witness”. He still lied in his written responses. This time PABOTUS* could confront all of his accusers and get better ratings than a state of union address. Fool for a lawyer and fuel for a global branding opportunity.

Jonathan Alter speculated in 2018 about the role of the Mueller report for such an appearance, but ultimately it remains relevant to the Arms for Dirt scandal.

Even in the current case, Trump wanted to force Ukraine to capitulate to Russia so that there would be no reason to keep enforcing the sanctions imposed for annexing Crimea. Because everything does lead to Putin.

First, a little Latin. I took Latin in high school but remember almost nothing. I have, however, picked up a few Latin phrases over the years. One of them, which will be an important part of this case, is quid pro quo. It literally means, in English, “something for something.” An exchange of favors. You scratch my back and I’ll scratch yours.

Now, all of us engage in favor swapping or quid pro quos every day. Nothing wrong with it most of the time. If you cook dinner, I’ll do the dishes. But when the “quid” is an illegal act, it’s a whole different story. Then the “quo” is often illegal, too, even if it wouldn’t be on its own. If you rob a bank and use the money you stole to help me, and in return I promise to help you out, then I’m in a lot of trouble, too, especially if I try to throw the cops off the scent.

That quid pro quo is the criminal conspiracy at the heart of this case. As you will learn, a criminal conspiracy means that the people involved had a mutual agreement, spoken or unspoken, to commit acts that were illegal. They didn’t have to sit in some dark room plotting or tell each other to commit crimes. An informal understanding to break the law constitutes a conspiracy.

Throughout this trial, please keep in mind that not only has the Defendant Trump as president favored lifting of sanctions on Russia, he has refused to acknowledge what every intelligence agency has confirmed—that Russia attacked the American electoral system in 2016 on behalf of the Trump campaign.

From the beginning of the campaign until the present, Trump—who routinely blasts even members of his own party and staff—has not uttered a word of criticism of Russia or Putin. The Defendant knows that any criticism of Putin risks exposure of Russia’s extensive financial stakes in his businesses.

Finally, I want to speak to you as Americans. The fact that Defendant Trump is president of the United States should not deter you from seeking justice in this case. No person—no matter what his position—is above the law. All we ask is that you consider the totality of the evidence without fear, favor or prejudice. When you have gone through the process of reviewing all of the evidence, we are confident that you will find Donald John Trump guilty beyond a reasonable doubt. Thank you.

The trial of Donald Trump is coming soon! May the ratings be YUGE and may the justice be SWIFT! 🍿https://t.co/i9Cun7jpYe

Even Andrew Johnson understood impeachment. Of course, he wanted to appear at his trial in his own defense. Maybe Trump will do that, too. Must-see TV. https://t.co/cfp69NuCOZ

(22172)
$179.00 (as of May 16, 2022 00:07 GMT -04:00 - More infoProduct prices and availability are accurate as of the date/time indicated and are subject to change. Any price and availability information displayed on [relevant Amazon Site(s), as applicable] at the time of purchase will apply to the purchase of this product.)